Things you only know if you're from Grimsby 3

I don't know whether the doom-mongers of this world are more inclined to write to their local rag than those who try and take the positives from life, or whether editors are just morbidly more likely to run the gloomy stuff; but it is an undeniable fact that newspaper letters pages the length and breadth of this land are dominated by correspondents who tend to put two and two together and get the four horsemen of the Apocalypse. 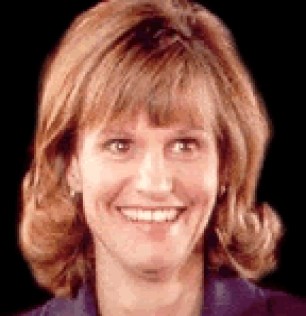 Grab yourself a Grimsby Telegraph. Now things have certainly worsened on this front since the paper took the decision to become a local Daily Mail and frighten the old folks shitless by going bonkers on the whole crime thing. But the 'your say' bit has always been rife with all manner of pessimists, scaremongers, ill-augurers and Cassandras foretelling various calamities, plagues and visitations of flaming brimstone upon the Earth because they parked their car the other day and a kid kicked a ball against their tyre.

This tends to result in a miraculous conversion - on the road to Nunsthorpe, say, rather than Damascus - whereby Disgusted of Davenport Drive abruptly decides Grimsby has become the cesspit of the planet and declares that, having "lived here all my life", they suddenly "have had enough!" So does Disgusted pack up all worldly belongings and execute a moonlight flit to Copenhagen or Caistor? Do they make for Cleethorpes seafront on a Friday night with a semi-automatic firearm and administer a bit of zero tolerance? They do not. They write to the Telegraph.

Every so often, though, some eccentric but eloquent old boy will rise up in opposition and despatch a missive to Riby Square in staunch defence of the town. With spectacles as rose-tinted as Disgusted's are poo-hued, he will inform you that in all his 81 years he has never visited a friendlier place! You suspect that for most of his 81 years he has never actually visited anywhere, and was just a tea boy in a merchant navy warehouse during the war; but you can't help admiring the old bugger's bloody-minded determination to be jolly. You indulge him by reading to the end, where, succumbing at last to the lure of alliteration, he will proclaim that no matter what anybody says, "Grimsby is great!" 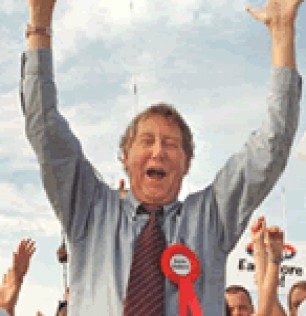 Ask Austin Mitchell and he will probably agree. Decades of being overlooked on the backbenches have driven Grimsby's second favourite Yorkshireman after Michael Boulding deeply into the bosom of his constituents, and no 'outsider' could have hung around for so long had they not nurtured considerable affection for the town. As an experienced politician, though, Austin knows as well as any author or poet that words can be infinitely versatile, their meanings manifold. The town he represents in Parliament is not only a great place; it is a Great place. He is not MP for Grimsby, of course, but for Great Grimsby.

One of my most favouritest bands ever came from Grimsby, and like most bands from Grimsby, The Nannas couldn't help but go on about the fact (I am intensely fascinated as to why this should be the case, but further exploration of the matter would generate another article entirely, so let's leave it for the moment). One of their songs, a damning indictment of local standards of literacy, told the true story of a girl who was so freaked by the sight of their singer openly reading a book in People's Park that she called 999:

"Her attacker is described as five foot ten, brown hair, brown eyes there's books but there's no guns or knives this is the great Grimsby literature crime"

Or should it be the Great Grimsby literature crime? I never did find out. Anyway, you should by now have got the point: that regardless of whether you consider the place great or rubbish, you know, because you are from there, that its 'proper' title is Great Grimsby.

They are equally mindful of this fact at North East Lincolnshire Council, where the receptionist unhesitatingly puts me through to the archive department rather than the marketing team when I phone up and ask if someone can tell me why Grimsby is Great.

"Great Grimsby was the original name of the parish," explains NELC archivist John Wilson. "It was called that to distinguish it from Little Grimsby, which is on the road to Louth, near Fotherby, when they were both rural parishes." I refrain from mentioning at this point that the sign pointing to Little Grimsby from the A16 always gives me a mental image of some Lilliput or Legoland version of the mother town, with a three-foot high Dock Tower, shoebox Auditorium with a miniature Elkie Brooks on stage, and tiny boyracers burning rubber in Matchbox Peugeot 206s.

John points out that the non-identical twin Little and Great Grimsbys are not without parallels, as precisely the same thing happened with Little Coates and Great Coates. Well, except that Great Coates didn't end up being called Coates, getting loads bigger, leading the world in the fishing industry until the 1970s, and still holding together a first or second division professional football club despite third division support. 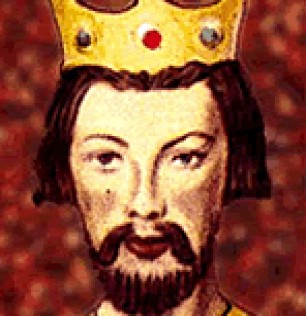 Granted charter if not Greatness

Anyway, it turns out that despite being granted a royal charter by King John in 1201, and hence officially beginning to exist, Grimsby didn't become Great until the 1530s, when under the mayoralty of Michael Mason the word started to be used in court rolls and on the parish register at St James' Church. This gives rise to an alternative theory for the origins of the name, as some historians cite accounts of local men congregating outside the church to spend the day getting sufficiently wasted on strong cheap cider to utter the words "I really love you, Grimsby...you're Great, you are."

In the 16th century official documents were often still written in Latin, so that "Great Grimsby" would appear as "Magna Grimsby" or "Grimsby Magna". Run the two together, nick the Pompey chimes tune, and you've got a great new chant for the Pontoon. A bit more erudite than "One man went to kill, went to kill a Yorkie", you have to admit.

In the language spoken by ordinary Grimbarians, though, the title never really caught on; so if some towns are born great and others achieve greatness, then Grimsby very much had had Greatness thrust upon it. By the 1920s the "Great" bit was falling out of use even in formal contexts and continued to do so until 1979, when councillors voted to reintroduce it to the name of the borough.

As future articles in this series will demonstrate, its title is not meant 100 per cent literally; and this is illustrated amply by the fact that John Wilson knows all the stuff that I have idly copied and pasted above but is not in fact from Grimsby. Perhaps this also explains the positive outlook he displays when I ask him whether Grimsby is great as well as Great. "Absolutely!" he gushes. "It's a very energetic place - it's had great days and we hope it will again." Blundell Park could use enthusiasm like that. 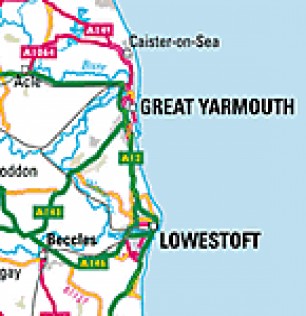 One of the ways Grimbarians explain to their less fortunate brethren that Grimsby is Great is to say: "You know - like Great Yarmouth." Fired with pure journalistic fervour to unearth more facts, and lacking anything better to do, I get straight on the blower to Great Yarmouth Borough Council. Instead of tracing my number and requesting my local constabulary and mental health officials to pay me some close attention, they very considerately put me through to Sharon Wright at the planning department, and I ask her why Yarmouth is Great. "I've always wondered that myself!" she admits cheerfully. 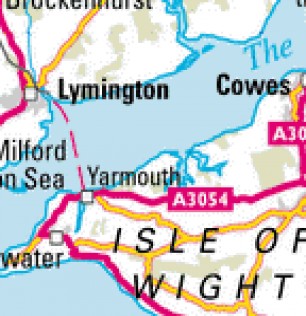 After a short delay while she asks round the office, Sharon is back with the lowdown. So does a Little Yarmouth nestle charmingly off Norfolk's beaten track nearby? Will she unearth a glorious treasure trove replete with fascinating nuggets of local history to rival the tale of Great and Little Grimsby? "Apparently there's another Yarmouth on the Isle of Wight," she explains.

Since the unitary authority of North East Lincolnshire was created in the mid-90s, superseding the borough council, the title Great Grimsby has again become largely redundant, remaining only for ceremonial purposes - such as the name of the parliamentary constituency, and the road signs on the way into town. Some may see this as a bit of a shame, but I quite like the idea of having a special name that we save for special occasions like your mum does her posh plates and cutlery.

And if the Pontoon isn't about to start chanting in Latin, then perhaps those Mariners fans who are too cynical to join in with that admittedly over-optimistic song about Town being "by far the greatest team the world has ever seen" might at least be persuaded to sing it with a capital G.

If you would like to comment on this article or series then please use the Cod Almighty feedback form. Ta.