In part 1 of our Nick Hegarty interview, the former Town winger mused on life under Alan Buckley and his relationship with the fans. Read on as Nick lifts the lid on the Newell and Woods regimes...

Hegarty continued to be a first team regular under Newell as well. "The change was seamless for me - my name would be on the team sheet every week. Brian Stein really thought a lot of me and everything was good on a personal level. But then it all went sour at the end. I think the fans know what happened between the manager and the chairman after that defeat to Rochdale, which ended in Mike's sacking, but that came after he'd blamed me for the defeat that day - even though I wasn't even playing.

"We had lost 2-0 and when the players all came back into the changing rooms after the final whistle he brought through those of us who were injured, sat us down and basically blamed us for the defeat. I took that quite personally. I never feigned injuries. If I could play, I played. I felt like he accused me of faking an injury, and then tried to link it to the tough time we were going through on the pitch. It was just bizarre.

"It came at a time when there was a game at Leeds on the horizon. I grew up in Wakefield supporting Leeds as a boy, and it was my childhood dream to play at Elland Road, so I wasn't about to fake any injuries. I had a stress fracture in my heel and we had a game on the Friday night against Accrington. Basically, Neil Woods said he was going to play me in that game, and if I got through it he would play me at Leeds. I felt as though I did OK and got subbed off after about 70 minutes, but the next day I could barely walk. I couldn't walk for about a week and had to miss the Leeds game. I was absolutely gutted." 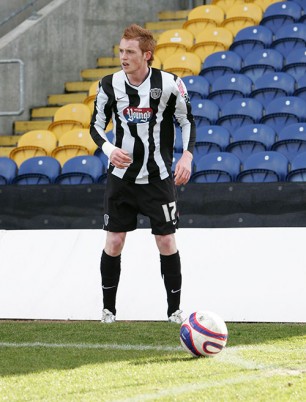 It was a difficult time for the club as it battled to stay clear of the relegation zone. Neil Woods, who had originally worked alongside Paul Wilkinson to bring Hegarty to Grimsby as a 16-year-old from the Nottingham Forest youth academy, was appointed as manager.

"I have a lot of time for Woodsy, I really do," says Hegarty. "I'm a big fan of him as a coach and team manager. I thought he would do well, but he got the job after not winning in seven. It wasn't my decision to make. Perhaps given his short time in charge there was enough to say that the time wasn't right for him. We then didn't win for something like 25 or 26 games and I think the only thing he was guilty of was not being ruthless.

"Fans might remember him as the manager who took the club down, but there was a lot of stuff that Woodsy did behind the scenes that will have a positive and long-lasting effect on the club. He addressed the issue of the training facilities, which really were awful. He's improved them, which will benefit the club for years to come, and the structure of the club in general is much better now. It felt much more like a football club from top to bottom and that's Woodsy's legacy.

One minute the club is saying it hasn't got any money ... the next minute they're spending money to bring in a new player after paying another off

"I didn't get to play much that season because of injuries. By the end of it I was so ready to leave. I know it's harsh to say, but I just wanted to go. I felt I had probably stayed a year too long. But that's not to say I wanted to turn my back on everyone there. Like I've said, the fans were always good to me and the people at the club, like Pete Lea and Mike Bielby, were great. I've worked with some good coaches and excellent players, and it's that experience that has given me this opportunity to play football in Australia."

However, Hegarty feels that there needs to be a change in the way the football club is run if it is to have any aspirations of getting back into the Football League. He enjoyed a seven-year spell with the Mariners, which included over 100 appearances and nine goals. It was a spell that, at one point, made him the club's longest-serving player.

"I must have played with over a hundred other players," he says. "I'd see new faces come and go all the time. One minute the club is saying it hasn't got any money and then the next minute they're spending money to bring in a new player after paying another off. I was there a long time and knew the place inside out. I saw what went on. There was no money, but the chairman would always back his manager and new players would keep arriving. They kept handing out nice contracts to players that they could never get the best out of.

I'm not saying I know all the answers but each decision the club made, with hindsight, turned out to be a bad one

"I'm not sure what you can put that down to. I had done a lot of my growing up in the town and was comfortable living there, but I think many players who joined never really settled. I'm not saying that's an acceptable excuse but players - good players - would sign very decent contracts and not give their all. Maybe, after a few months at the club, they realised they're an hour or two from everywhere else. Maybe it was the training facilities, or being a long way from their families. I don't know. But then they'd be on a decent wage so they'd just sit it out.

"In my opinion, the club continued running as if it was still two divisions higher. It's a business, at the end of the day. Grimsby had to become a selling club but they didn't want to sell anyone. I remember, when I first broke into the first team and started doing well, Dundee put in a tentative offer for me - just to test the water. From what I understood at the time, we went back to them demanding a ridiculous sum and so of course they just dropped their interest. I was happy playing for Grimsby but, you know, they could have got some money for me and then they could have brought through the next youngster. They could have sold me or Danny North for a few quid to keep the place ticking over, but in the end we've both left for nothing. 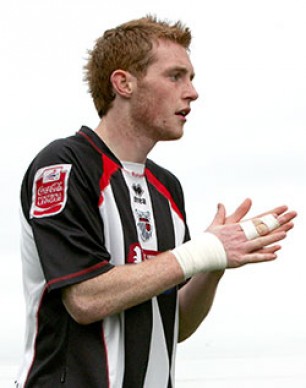 "I'm not saying I know all the answers but each decision they made, with hindsight, turned out to be a bad one. The same goes for Ryan Bennett. They got a great offer for him in the summer, turned it down and then they were desperately scrambling to get the deal back on in January.

"I know things change all the time, but you've got a chairman saying the club has huge debts and then he's financing moves for players like Rob Duffy and Serge Makofo. Next thing I know, they're on the transfer list, not even six months into their deals. Meanwhile you've got a youth system that is on the verge of winding up because it's got no funding. It's difficult for the fans to watch their best players leave, but if that's supporting the youth system it's keeping the club alive and limiting the debt.

"Being at Grimsby was a huge part of my life and I'll never forget it. I made some great friends while I was there and I'll always look out for their results. I was really happy to see the sudden surge into play-off contention last season. It was just a pity it didn't last, but I'd really like to see the club get everything right and get back into the Football League."