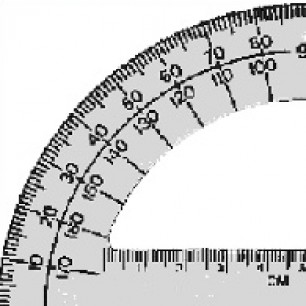 Barnet? Who might they be?
They buggered about in non-League for quite a while before Barry Fry eventually wheeler-dealered them into the Football League in the early nineties. Fry helped them up to the third tier before sodding off to Southend and Birmingham and finally deciding that it was Peterborough that deserved his eternal presence. After that they slowly drifted back to non-League, before returning to League football in time for last season.

Also, they've got a really, really slopey pitch that the FA has just decreed will be the upper limit for slopeyness in the league. No-one can be more slopey than Barnet. It's the law.

Last season
They prematurely ejaculated to the top of the table with impressive wins against Northampton and Carlisle. But when Town rode into, er, town and snuck a 1-0 win the end was already in sight. From that point they began their slow descent down the table and had a notional flirtation with the idea of relegation. A few OK-ish results towards the end of the season saved them. Still, they gave Town six points and had the good manners not to score against us. What nice chaps.

Anticipate with relish
Another six points and two clean sheets? Oh, go on - we'll be your bestest friends.

Anticipate with dread
Er. They seem to have been more concerned recently with making sure their ground meets league criteria - and who can blame them. They've ridded themselves of about six or seven players so I would hope they'd be looking to replace them at some point. If not they might find themselves doing a Runcorn (eh, non-League fans?).

Their master plan at the moment is based around extending the contracts of the league's grandads - Paul Warhurst (36) and Andy Hessenthaler (40 - shitting hell!). They're putting together a team of old codgers that'll make even Macca look like a spring chicken. So I suppose what we need to dread is lots of boring stories about how it was all different in their day and the kids today have no respect, while dodging the flecks of food and spittle that come from their mouths as they talk and eat at the same time. Still, I guess when you're a 55-year-old manager, 40 seems quite sprightly.

The way forward
At the moment they're holding a referendum on whether they should stay at Underhill or move to a new ground within 15 miles. The first option is apparently untenable as the ground "does not meet Football League criteria, under any circumstances". Sounds a bit final, that. The Football League has allowed them some temporary changes in order for them to play at Underhill next season, but from then on - well, it doesn't look promising.

As for the football side of things, well, it's early days and I wouldn't want to make too much of a judgement before I see who they sign. But at the moment, they've signed two OAPs (who mentioned Macca and Whittle? Shush!) and their striker Tresor Kandol will be spending pre-season in prison for driving while disqualified (three times). So let's just say that at this moment in time it looks like they're heading back to the Conference. But there's time to make amends yet...