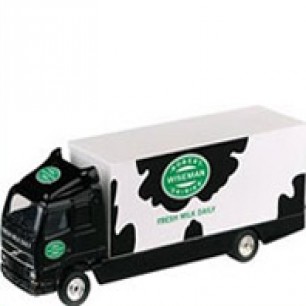 Walsall? Who might they be?
Walsall FC were formed in the late 1880s from the merger of two existing clubs: Walsall Town and Walsall Swifts. The 'swift' suffix lives on in the club's badge, which depicts a free-spirited bird on the wing, soaring heedlessly through the air at breathtaking speed. This took on an unwelcome layer of irony in 2004, when 36-year-old former alcoholic and drug addict Paul Merson attempted to combine a playing role with his management job.

Locally the Saddlers' status is that of the 'accidental' little brother, born at least a decade after all the older siblings and variously underappreciated, patronised and just plain ignored. West Brom and Wolves fans can't even be bothered to hate them back (a bit like we used to be with Scunny in earlier, happier times), and it is one of the saddest things in football to realise that the neighbours you despise with a hearty passion really couldn't care less about you – or even worse, occasionally pat you on the head and say, oh, well done.

Throughout the core systems of the galaxy Walsall are chiefly noted, of course, as the club that started the managerial career of Alan Buckley. Buckley's apparent penchant for non-scoring strikers during his time in charge at Blundell Park belied his approach as a player: the 202 goals he registered for the Saddlers remain a club record, as does the £175,000 fee they paid to bring him back up the A34 from Birmingham in 1979. Assuming that they had the A34 then and it wasn't just a mud track or something.

Buckley is not the only link between us and them. Like Town, Walsall were a founder member of the second division in 1892. Like Town, they've enjoyed a recent period of overachievement back in that tier, thanks in their case to Ray Graydon's shrewd management and a bit of cash from the advertising space on the back of the stand that faces the Walsall section of the M6 (officially the busiest car park in Europe). Like Town's, their latest era of second-flight Shangri-La started to fall apart with a perverse decision to sack a manager – Colin Lee, for the heinous crime of being wanted by Plymouth Argyle – and like Town, they appointed an unsuccessful player-boss and suffered one of those horrifying plunges down two divisions. Don't worry, Walsall – you get used to them after about the sixth time.

Last season
They lost only one of their first seven games in the league but, as Millwall and the Mariners will both confirm, it is not a good idea to briefly top the table while the leaves are still on the trees – and Walsall proved anything but evergreen in last season's third division. Though still pottering amiably in mid-table by Christmas, their attack was fatally hobbled in January by Jorge Leitao's return to Portugal and the loss of the ace Matty Fryatt to Leicester. The side crashed to bottom place with only two wins in 2006 and 13 points from a possible 63, so you could have forgiven Saddlers fans for wanting to, heh, get leathered.

Anticipate with relish
Have you seen those milk lorries that are painted up to look like a cow? Robert Wiseman Dairies I think it is. Well, I say to look like a cow; you wouldn't actually mistake one for a cow on account of them being massive and oblong and roaring along motorways at 70 miles an hour. Let's just say they bear the distinctive black and white colouration of, um, those cows that are black and white. Anyway. When one of them goes past Bescot on the motorway, the home fans go "mooooo!" And you can't see the motorway from the away stand, so away fans tend to wonder what the cowin' 'ell (as they say in the Black Country) is going on. But now you know, and can amaze your friends accordingly by explaining it to them!

Oh, shurrup. I love quirky stuff like that, and it's my rough guide, so there.

Anticipate with dread
Arriving at the ground an hour before kick-off (as I did one day), particularly if it is absolutely bastard freezing (as it was that day). Like other 'new' grounds sited in commercial rather than residential areas, the Bescot is 58 gajillion miles from the nearest licensed premises. I think the New Fulbrook is closest; it's nearer a mile than half a mile, and somebody was stabbed to death in the car park a few years back. The White Lion used to be a cracking pub, but it's a fair old trek to the ground from the town end of Sandwell Street, and there is no knowing whether it is still a cracking pub or has been turned into a Scruffy Conor Fitzmary Doneghan O'Gilhoolagie's.

The way forward
Every so often the people who run football clubs announce measures to "take the club to the next level", as if football were naught but an old platform game on the Sinclair ZX Spectrum 48K and their new manager is about to complete Attack of the Mutant Telephones and move on to Return of the Alien Kong Beast. One of the most popular such measures is to build a new stadium, in the hope that lots of local people who care little for football but get the horn from freshly painted breezeblocks and cantilever stands will start going to matches and give them money to pay better players so they can get promoted.

Unfortunately for the Saddlers, they've tried that one already. And the local people preferred to carry on supporting West Brom, Wolves and Villa instead (in the particularly West Midlands sense of supporting, which means endlessly reminiscing about 30 years ago when you were any good, arguing about which club played 'The Liquidator' at their ground first and moaning about your chairman refusing to spend 40 million quid on another load of old Bosko Balabans).

Next year they'll finish mid-table, then at some point they'll find some stability (Soccerbase reckons they've had five managers in 2006, which can't be right, but it tells you something) and stumble across the next Graydon. They'll go back up, flirt with the second division again, enjoy the odd cup run. Like Town, they'll know they can never really get to that 'next level', but we'll all keep doing our thing. The old will die, the young will grow old, Walsall will keep mooing at the milk lorries and we'll keep gazing dreamily at the trawlers out on the estuary.