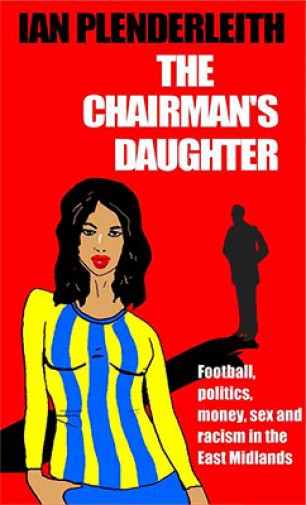 The aptly named Carl Meacock is a professional footballer who finds himself, on the eve of his 30th birthday, with no club, no girlfriend and no particular direction in life. Having signed for Liverpool at the age of 17, his career has been blighted by injuries which have earned him the nickname Sick List and the contempt of fans at many of the clubs for which he has played. Hailing from Nottingham, his father would like nothing better than he "sign for County". But after a visit to watch Lincoln Dynamo, a factory team in Lincoln whose self-made millionaire chairman has big ideas, he signs for them instead.

The club chairman, Derrell Dujon, is a benevolent despot who expects all his players to work part-time in his factory. His weak spot is his daughter, Olivia, of whom he is fiercely protective – to the extent that he inserts a clause into every player's contract forbidding them any romantic involvement with her.

The book is written in the first person from Carl's point of view, so we are privy to his hopes and fears as he starts a new life in Lincoln, including those concerning the stunning Olivia when she appears on the scene. We also learn something along the way about his family and his experiences in the world of top-flight football. He has a quick temper and a tendency to drink too much, which gets him into trouble more than once in the course of the novel.

I was caught up in Carl's triumphs and disasters, both on and off the field, as he settles into playing for "the fourth best team in Lincoln"

The book captures nicely the atmosphere of Lincoln, where I currently live, and the cosiness of a city which can be traversed in a matter of minutes. Whether it accurately reflects the world of playing non-League football is harder for me to judge as my experience is limited to spectating. Regardless of that, the story bounces nicely along and I was caught up in reading about Carl's triumphs and disasters, both on and off the field, as he settles into playing for "the fourth best team in Lincoln".

The one jarring note for me was the amount of swearing. Having spent over 20 years attending football matches, I am no stranger to any profanity in the book, but what I expect to hear on the terraces is not what I want to read at home. I'm sure this is an accurate reflection of the language in men-only environments, but I kept wishing the author had found some way to tone it down without spoiling the accuracy.

That cavil aside, I thoroughly enjoyed The Chairman's Daughter, which I'd sum up as an adult version of Roy of the Rovers crossed with a Mills and Boon novel. Does Carl resurrect his footballing career? Does he get the girl? Do Lincoln Dynamo get promoted? You'll just have to read the book to find out.

The Chairman's Daughter is not your typical football book. For a start it's a novel, rather than some cash-in autobiography from someone who has massively underperformed on the international stage, or the history of some obscure club. And secondly it's only available in electronic format.

I have to admit that initially I felt wary at knowing this. If this book is any good why hasn't a publisher picked up on it? After all, any Tom, Dick or Harry can get any old shite on to Kindles these days. And I feared Ian Plenderleith may have chosen the electronic format having deluded himself into thinking this book was any good yet couldn't convince a publisher to feel the same. Thankfully it seems that Plenderleith is a world away from Paul Dring (read the book, you'll find out) and has crafted a football book that's actually really enjoyable.

Carl Meacock is a footballer who is probably in his prime – or would be, had he been able to keep injury-free these past few years and thus have earned a new contract. But he hasn't and so he finds himself without a club, without an agent and without any real prospects. Then he approaches Lincoln Dynamo Football Club, the fourth best club in Lincoln and one plying its trade at the 11th tier of the football pyramid. Quite a comedown for a former wunderkind who had played for Liverpool, Man City, Aston Villa and so on.

Chances are your club has had someone who is a bit like Meacock on the books too. That former star stepping down a level because things weren't quite working out with the big boys

But that's not telling you anything you can't read in pretty much any other review of this book, or the accompanying press release on Amazon. So why is this book so good? Plenderleith has set his tale in a world that exists both in and out of reality. Did Carl Meacock ever play for the clubs mentioned? No, but you can relate to players like our hero much more than you could had he played for Felchington Rovers, Rosechester Town and Madeup United.

Chances are your club has had someone who is a bit like Meacock on the books too. That former star stepping down a level because things weren't quite working out with the big boys. While the world of The Chairman's Daughter is neither fully fact nor fully fiction, there are enough jibes at rival clubs and enough of a nod to real-life events (such as the "vainglorious idiot" running Darlington) to make it feel like it could be entirely real.

The Chairman's Daughter also uses the language of the football fan. Divisions are given their proper name rather than their corporate moniker – so the football pyramid has a fourth division, not League Two. Plenderleith isn't afraid to swear either. You swear, I swear (a lot), normal people swear. I have to admit that the liberal use of "cunt" is somewhat unexpected but why not? It's not gratuitous and most times it fits in just fine. OK, so there are more instances of that word in this book than in most of the other books on my Kindle put together. But it works.

It has been said that there are only seven original storylines and certainly this one feels familiar in many ways – not that that is necessarily a bad thing. It lacks one or two features that Kindle books often benefit from, such as chapter breaks being shown in the progress bar. But quite honestly at three quid you can't really complain.

The Chairman's Daughter is currently available for £3.09 from Amazon.co.uk