In the run-up to the publication of Alan Buckley's much-anticipated autobiography Pass and Move, Paul Thundercliffe caught up with the great man for a cuppa and a chat. 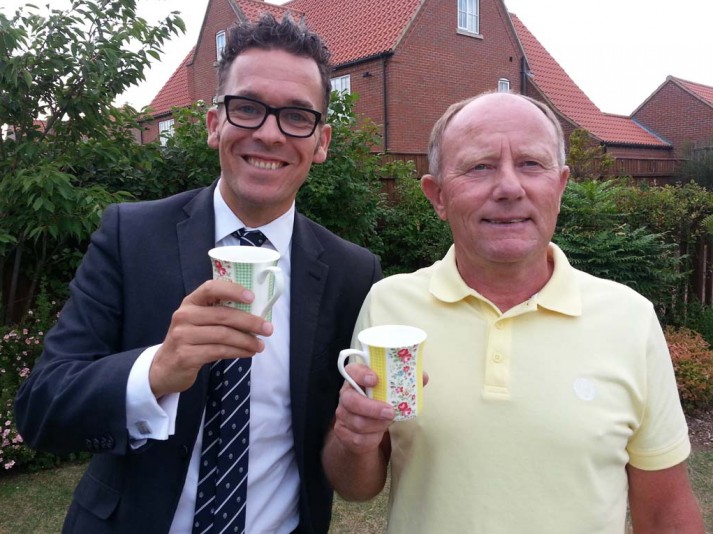 Twenty-five years ago Grimsby Town were as rock bottom as they thought possible at that particular time. Successive relegations amid an exodus of players and fans – in an era when football was, well, a bit shabby – saw the Mariners in Division Four with seven professional players. A third drop in a row looked inevitable.

The board, led by Peter Furneaux, turned to a manager many fans believed was untried: Mr Alan Buckley. "That still gets me today, the fact that in some quarters I was seen as an inexperienced manager," says Alan, "Someone wrote to the paper and said that 'if you appoint a non-League manager you'll end up in the non-League', yet I had been a successful manager at Walsall for seven years."

That success, including a promotion and famous League Cup run, was eclipsed by everything Buckley achieved in his time at Blundell Park: three promotions, three Wembley appearances and a style of fluent passing football that was maybe taken for granted at the time.

A quarter of a century after that initial appointment and Buckley is telling his version of events in his autobiography, Pass and Move, available next month. (I should declare a vested interest here, as I helped write it – more on that another time.)

Like me or loathe me, I've been honest and tried to explain my feelings behind certain events in my career"I'm not out to settle scores or rant at the way the game is today," he points out, "I've had a good career – not at the very top of the game, but here." Alan does a karate chop movement, level with his chest, in demonstration. "I've achieved a lot in football at a certain level and I think it's interesting to read stories from other people involved in the game and not the Rooneys."

Indeed, 45 years in professional football saw a Forest debut at White Hart Lane, more than 200 goals for Walsall, and then that string of managerial successes. There were unsuccessful times too.

"There's plenty for Town fans and lots for Walsall supporters too – I hope fans of both read all of it. I think it might help the Grimsby fans appreciate just the kind of career I had before I joined the club.

"Like me or loathe me, I've been honest and tried to explain my feelings behind certain events in my career. I've really enjoyed the process, I've got some super memories and it was great to get them down on paper."

The one thing that really strikes you with Alan is the terrific memory. Games, goals, dates, players – there wasn't much that needed checking when writing the book. He talks with great passion when describing a goal from 1976 or a player he scouted in the early nineties. The level of detail makes him engaging company – an initial surprise to this Town fan and, I suspect, many others.

"Grimsby fans will revel in the insight the book gives them into their club, particularly at times other than a Saturday afternoon," reasons Alan. "I think they will understand why I was how I was at times, find out what I am really like and perhaps be a little surprised."

Buckley is acutely aware of the notion put about by some fans that he lacked 'PR skills', and tackles this in the book. "Look, if people are pleasant with me, I'm just as nice. But when I'm being attacked verbally, then – " He pauses for reflection. "Well, nobody walks all over me – let's put it that way."

Big mistake getting rid of Plug. Big mistakeAlan puts his success as a manager down to getting "the maximum out of the players I have at my disposal. This was easier in the first two spells with the squads I had. But even in the third spell – and no disrespect to that group of players because they were a great bunch, but to get that team to Wembley was a massive achievement. I don't think many others could have done that."

We begin to reminisce about games and players and I ask who his best signings for Town were. Quick as a flash: "Futch, Mendonca, Grovesy, Tillson..." I stop him. How about naming your best Grimsby XI?

He thinks, and I expect a polite reluctance but instead he just delightfully delves right in, like any Town fan in the Imp before a game, after he apologises to the players he's omitted.

"The best keeper I ever had was Dave Beasant but he wasn't mine, so Aidy gets the nod. The right-back is obvious – a truer professional than Macca you wouldn't find. We had good left-backs with Jobbers and Gally but Crofty had it all. I'd have to have Futch and Handyside because of their ability but really Mark Lever should be there to balance it out." Alan pauses. "Big mistake getting rid of Plug. Big mistake."

"Right wing I'd go for Kev. Gary Childs was the cleverest player I worked with but Kev was just that bit stronger, particularly when scoring goals. Gilbert would have to be left wing for his creativity over a number of years. And then in midfield?" Well, if the '98 team could get the ball off the 1991 players then maybe they would shade itAlan thinks for a moment.

"Cunnington and Groves in the middle. That was hard. And then Clive – the most complete striker I've ever had – and Tony Rees who epitomised how I wanted to play the game of football. Not a bad bench after that lot!"

It's amazing to think back now to those players and games and goals. Moments never to be forgotten. Buckley built in effect two teams in his Grimsby spells, the '91 double-promotees and the Wembley '98 effort. Which, I wonder, would win if they played each other?

"Well, if the '98 team could get the ball off the 1991 players then maybe they would shade it. The Wembley team were perhaps a little stronger. But it would have been a great game of football!"

The Town of today

A topic not covered in the book is the Grimsby Town of today, the non-League version. What does Alan, now regularly watching from his BBC Radio Humberside commentary position, make of his old club's predicament?

"It's a crying shame, it really is. To see them where they are after all of the sweat, tears and effort we put in to make them successful: it makes you want to weep. To remember what we did – twice – to get the club in the second tier and then keep them there. It's sad."

Why does Alan think it happened? Has the game changed too much? Is it the money? "The game hasn't changed," he states determinedly. "But the club has changed and the players have changed. It changed when they got rid of me in 2000."

The club has changed and the players have changed. It changed when they got  rid  of  me in 2000

This is perhaps the only bitter episode in the book as Alan describes the takeover and his sacking after two games of the season. But he maintains that if he had stayed as manager or "as a director of football with a young coach underneath me", then Grimsby Town would still be a League club.

Does he wish he were still a manager? "No. I don't miss the day-to-day. I've got a desire to help someone to be a manager but not like it used to be. I'm involved with the youth team, which I really enjoy, but it's frustrating because I can't show them what I mean, what I want them to do. Telling them takes far too long.

"When I first started at Grimsby I trained and played with those players. They respected me and responded to me because I could do the things I wanted them to do. I remember once I scored an overhead kick in training and Tommy Watson just whistled and said something like: 'We'd better up our game if that's the standard.' It helped immensely. 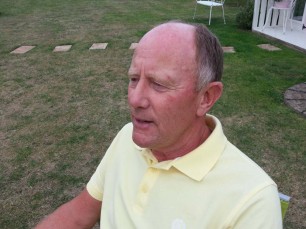 "The players knew who I was and what I could do back then. The youth team haven't a clue about who I am or what I achieved. And why should they?

"One session recently, the ball went behind the goal and it got booted back really high towards me on the halfway line. I could feel 15 pairs of eyes staring at me as the ball came over and I managed to trap it. The kids just laughed. 'What's the matter?' I asked. 'Haven't you Googled me?'"

For a certain generation of Grimsby Town fans that is simply not necessary.

Pass and Move – My Story is published by Troubador on 11 November. It is available to pre-order now at alanbuckleybook.com, or available as part of the ticket at the gala launch on 12 October or the Mariners Trust launch on 18 October.