The Mariners have had a few footballing dynasties, but the Moore family takes pride of place. 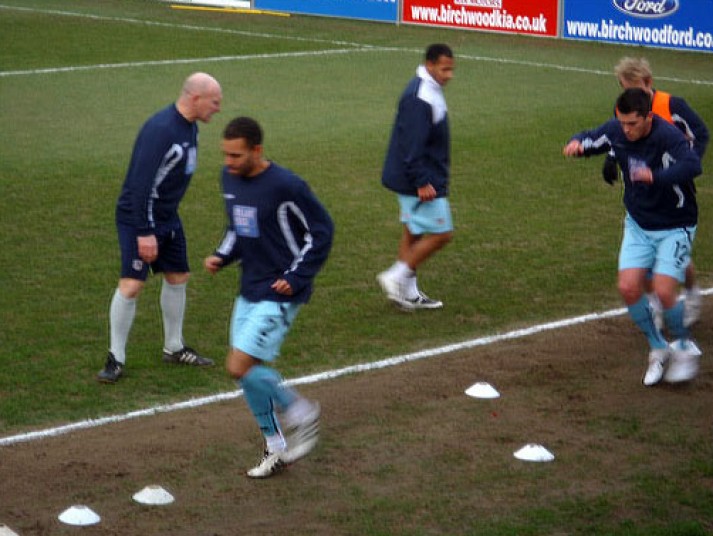 Over the last couple of months the long-running and more than half-decent football magazine When Saturday Comes has been featuring footballing siblings. But, surprisingly for a publication which was edited for some time by a Town fan, our own footballing dynasty, the Moore family, seems to have been overlooked.

There was a Town link in the letters page of the December issue (#346) where Roy Parkes, a Man City fan, mentioned twin brothers who had turned out at Maine Road in the 1970s: Paul and Ron Futcher. The Futchers also had an older brother, Graham, who also played for their hometown club Chester. But they never lined up together as Graham left Chester a matter of weeks before Paul made his debut.

Paul Futcher arrived at Blundell Park in 1991, signed from Halifax reserves for a paltry £10,000 by Alan Buckley, and is regarded as a Town legend. He was recently voted into the centre-half berth of the Great Grimsby XI unveiled in We Are Town. His brother Ron never joined him at Blundell Park, although his son Ben did appear for Town under Russell Slade.

In 1983, and again in 1986-87, Town came close to fielding three brothers in the same side While Man City and a number of other teams have had two brothers play in the same team, how many have had three? The Moores – Dave, Andy and Kevin – all represented Town in 1983. Well, sort of. Dave left at the end of the 1982-83 season and Andy debuted in 1983-84. So close! Close again in 1986-87 when Dave returned after a stint at Blackpool, but the brothers never took to the field together.

The Moores came from a footballing family. Their father Roy and uncle Norman had also played for the club. Throughout Town's history there are a number of fathers and sons who have pulled on the shirt.

As well as the aforementioned Paul and Ben Futcher there were the Donovans – father Don and son Terry. Both represented the Republic of Ireland as well as the Mariners. Daughter Keeley has strayed from the family path and instead reads the weather on the BBC rather than turning out for her home town club. We can let that go though, as she's a Mariners fan.

John Cockerill and father Ron had great playing careers with Town, John later moving into a coaching and management role. John's brother Glenn, while a Grimsby lad, let the side down and never represented his hometown team.

Our greatest manager Alan Buckley's son, Adam, played for Town and his other son, Simon, was on our books too but never actually played. Of course, Sir Alan himself never played for us but I'm mentioning it here so that I can also sneak in a mention of another former Town manager, Bill Shankly. Shankly and his four brothers and two uncles were all professional players. An impressive headcount for sure. But they didn't all play for the same club and therefore, despite being a formidable sporting family, fall short of the Moores.

At a time when fewer local players make the grade and graduate to the home team's first XI, are such footballing dynasties becoming less likely? Players head off to other clubs much more quickly, and promising youngsters are often scouted and recruited into big clubs' youth systems before they get anywhere close to a single senior appearance, let alone a run in the first team. Occasionally a team might bring in two brothers such as the Tourés and the Wright-Phillips brothers at Man City. But how many sets of siblings develop from youth systems and flourish in a first team these days? I'm struggling to name any other than the Nevilles.

In terms of playing careers with a single club, the gentlemen of the Moore family would seem to be quite unique, certainly in English football. Five family members on the books of Grimsby Town certainly looks like a feat never to be matched again.

Thanks to Peter Anderson who suggested some additional family ties. Can you add to them as well?