On 2 March, the Conference announced ticketing arrangements for the play-off final. Has anything been learnt from last year's outcry over the pricing? 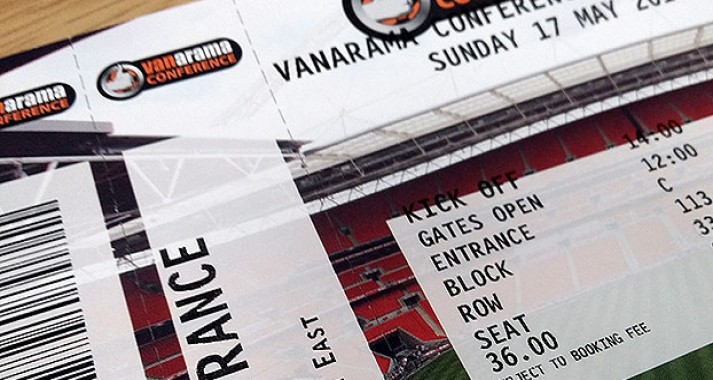 We all remember the furore last year as Wembley Stadium, See Tickets and the Conference came in for a lot of flak because of the high ticket prices and booking fees. So has anyone listened and made amends?

See Tickets isn't involved this year. Tickets will be sold online directly by Wembley Stadium – but the booking fee remains. Last year's price of £41 per adult is maintained, which suggests that maximising profit remains the priority, rather than filling the stadium and creating atmosphere.

What really takes the piss, though, is the 'early bird' offer. Buy your ticket before 31 March and pay just £20. Is that the Conference paying lip service to the Twenty's Plenty campaign? Get your ticket at a reasonable price before you even know who will be taking part? Buy a ticket for a game that your team might not even be taking part in?

Take a look at the Conference table today. Presuming Cheltenham will win it outright, there are maybe eight or nine teams who might see themselves in with a chance of a play-off slot. Should fans of those teams buy early bird tickets?

I'm looking at it like this – If Town finish in the top five, win through and make it to the final and I want a pair of tickets then it will cost me £84.50 including booking fee. If I buy a couple of early bird tickets then I will have paid £41.00, as no booking fees apply (but they charge a quid to print at home).

Now I like a good game of football but I would only go to Wembley to see my own team. With the greatest respect to Forest Green and Lincoln (let's say), I don't think I would use early bird tickets unless Town were involved, especially with the travel costs and everything else associated with a trip to our Wembley.

Would I try and sell them on? Could I do that or will they be non-transferable? They're definitely non-refundable. Is it a gamble I'm willing to take? If we make it to Wembley I've got myself a bargain. But if we don't then I've spent £40 on tickets I don't want.

It could but probably won't happen. What I do know for sure is that once again the Conference and our national stadium are taking the piss out of the fans, and it needs to stop.

I put a few of my concerns to the @thenationallge Twitter account, taking care to be as polite as possible given their tendency to block anyone asking questions. First, I asked about the possibility of potentially eight teams' fans buying early bird tickets and three quarters of them not using them. (I've edited their replies below for clarity.)

@thenationallge: "7,000 fans bought Early Bird discounted tickets last year so your view is unfounded. It is a major event many want to be at, not just fans of the two clubs competing."

Me: "I just don't get it. If eight or nine clubs are in with a chance, do their fans buy Early Bird tickets? They're not refundable but are they transferable? And with all respect, it's not that major. I love my club but would I go and see Dover play Eastleigh at Wembley? Nope."

@thenationallge: "That is your choice but many would. Most Early Bird tickets last year were taken by fans who just love the experience."

Me: "Are the tickets transferable if a fan of a club bought one and their team then missed out"

@thenationallge: "What you do with a ticket for any event is your choice. You just need to ensure it's within the conditions of purchase."

During the exchange I had tried to make it clear that I wasn't just asking as a Grimsby Town fan but as a concerned football fan, as I think the situation on resale needs to be made clearer. At the moment, it hasn't been confirmed one way or another.

The Conference Twitter person seemed a little hung up on the Grimsby Town angle, adding: "GTFC had 850 Early Bird tickets allocated last year of which they sold only eighteen. Other clubs pocketed on average £10k in sales. In fact, more GTFC fans bought their Early Bird tickets from other clubs because it was easier. Again, your choice at end of day."

What this means isn't totally clear but I'm guessing that they mean Town fans didn't buy play-off tickets in March as we were maybe still hoping for automatic promotion. Then, once this became unlikely, or perhaps after we qualified for the final, Town fans looked to pick up cheap tickets from fans of other clubs saddled with unwanted tickets.

Should we expect better? Should be expect the league to understand and work with fans? Of course not and proof of that is surely the #VBDO hashtag. The Vanarama Big Day Out? Really? I'm sorry, but the Conference really does not have a clue.

What do you reckon? Drop us a line or better still let the Conference know what you think, but please be polite!