A man out of a Moulson

We recently published Rob McIlveen's terrifying account of kicking the ball into the garden of an ex-professional footballer. Ron's experience was more benign. 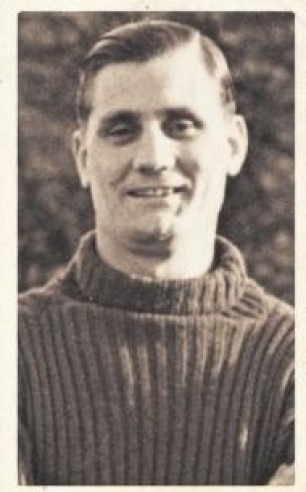 In the late 60s, I was something of a nuisance to my neighbours. Our house backed onto a recreation ground and the trees around the boundary of the park made excellent goalposts.

Unfortunately, like a pack of budding Shaun Cunningtons, my mates and I had difficultly keeping the ball down. Despite the fact that the average height of keeper we faced made Dave Gilbert look like a basketball player, the ball would sail over the fence into the gardens of unfortunate local residents with what must have been annoying regularity.

Given this propensity to approach most goal attempts with all the subtlety of a Dave Moore punted clearance, we quickly became adept at scaling the railings, retrieving the ball and rejoining the game in the 20 seconds between the ball thudding against the neighbour's living room window and the emergence of the irate resident. In fact our mountain climbing benefited far more than our soccer from our hours of park football.

One of the long-suffering neighbours, an elderly gentleman of particularly frightening appearance, usually managed to beat us to the ball. I believe he found that extra yard of pace out of sheer homicidal rage. When the man passed away, his kitchen reputedly contained more stabbed balls than an Arab abattoir.

One favoured location for our goal was against a fence which had a large green garage backed up to it. Any shot on target would bounce back from the garage on to the park, sparing us the mad dash.

The resident in question occasionally paid a high price for our accuracy. A firmly struck effort would sometimes clatter into the garage with such force that tins of paint would be knocked off the shelves on the inside back wall onto the bonnet of the car within.

Eventually, the owner tired of this battering and elected to resolve the situation by addressing the cause rather than the symptom. One day he told me he had been a professional footballer, and offered to show me how to keep the ball low when shooting for goal. He explained the importance of placing the ball past the keeper rather than simply blasting it. (Steve Livingstone please note.)

His name was George Moulson, and his career as a Town player was surely among the most dramatic. George was the reserve goalkeeper to George Tweedy. His first appearance for Town came in the FA Cup semi-final against Wolves in front of the record 76,962 attendance at Old Trafford, when Tweedy went down with flu.

What must have been a nerve-racking debut for George lasted only 23 minutes. As a loose ball broke towards Wolves striker Dickey Dorsett, George dived bravely at his feet and received a blow to the head in the collision. Badly concussed, he was carried from the pitch, clearly unable to continue.

With no substitutes allowed, Town played on with 10 men and went down 5-0. According to match reports, Town had dominated the first 20 minutes and looked much the better side. Being at one stage of the match reduced to nine men against the full Wolves 11, its a great testimony to the team that the first Wolves goal, when it finally arrived in the 32nd minute was nevertheless against the run of play. There was also a strong suspicion of offside surrounding the goal.

It seems the fates were against us. Wolves went on to lose 4-0 in the final against a Portsmouth team which finished seven places below Town in the league that season. Oh what might have been!

Fortunately George made a full recovery, and though he only made one more league appearance for Town, he did make 103 appearances during the war in various competitions. He went on to win a Division Three championship medal for Lincoln and earn three caps for Eire. He showed off his caps to me with enormous pride.

In 1971, he took me to a few Town games. He would always sit behind the goal in the Osmond seats, no doubt preferring the vantage point at the end of the pitch out of force of habit. He was never slow to offer comment on the modern goalkeepers, especially Harry Wainman, who he would normally describe as "a bag of nerves."

Of course I was too young to fully appreciate many of his observations, and if we had stayed in touch I would have loved to discuss his memories of football in the 30s and 40s, particularly in respect of the Town team of that era which was briefly among the top sides in the country, with a fifth-place finish and two cup semi-finals. This was truly the golden age for Grimsby Town and George was part of the set up towards the end of this period, regularly training alongside the likes of Betmead, Hall and Buck.

Sadly I will now never have an opportunity to share his recollections. George passed away on 11 November 1994, at the age of 80. He's gone to patrol the great six-yard box in the sky and I will always remember him not as the grumpy neighbour chasing me over the garden fence, but as the man who became a part of Grimsby Town history with his instinctive act of bravery. His contribution to the saga will be remembered after the careers of many more mediocre players have been forgotten.

This article was first published in Sing When We're Fishing in 1995.

The photo is from Galteemore.com where you can read more about George Moulson and his brother Con.