Omar Bogle is off to a flier this season, there’s no doubting that but how does he compare with hotshots of previous seasons? Let’s take a look.

You might say it’s impossible to compare strikers of different eras without considering the context: the money in the game; the league we were in; squad size and whether substitutions were allowed; maybe even the quality of the team itself. But, like the pundits in Rocky VI (no, I’m not calling that movie Rocky Balboa) we’ll always want to compare those players.

The only way to do so is to look at the cold, hard facts. Nowadays we are spoilt with stats like total minutes played and goal assists, but they may not always be available for previous seasons, particularly as we dig further back. We can only rely on the one fact we have available. How many goals did our top strikers score in a season?

Town’s all-time greatest striker is Pat Glover who hit a staggering 42 League goals in 39 appearances during the 1933/34 season, as Town won the Division Two title. 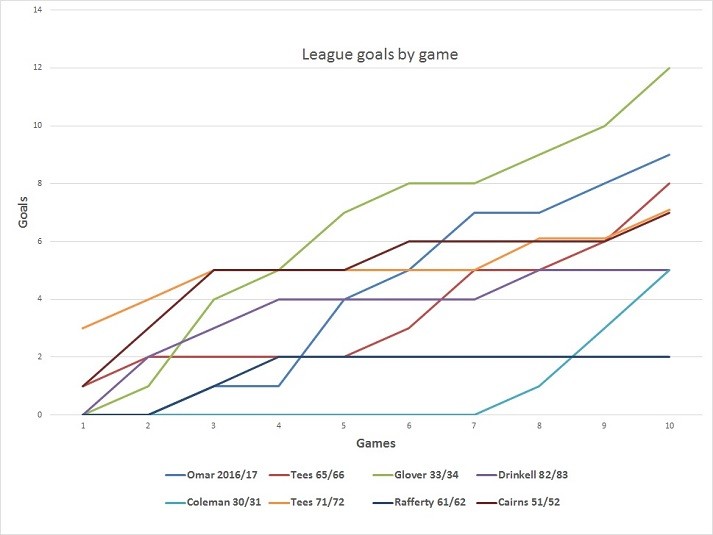 Omar's record to date this season – nine goals from ten games – doesn't quite match Glover's tally of twelve at the same point, but it does more than match the legendary top scorers I've chosen to compare him with: 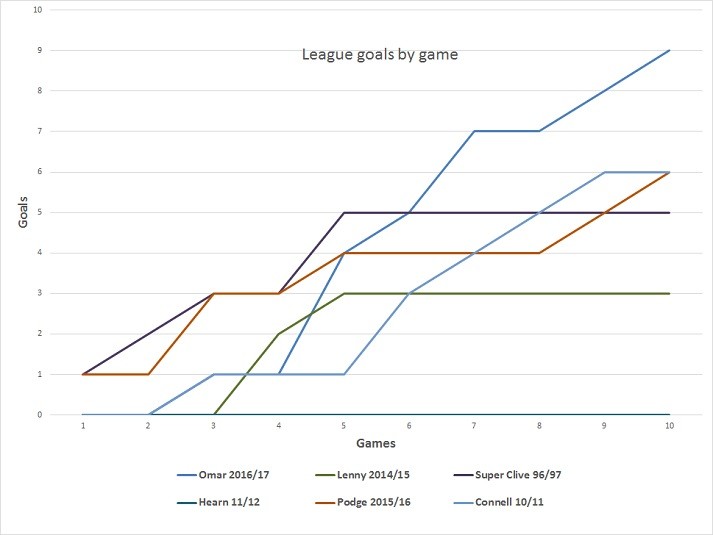 Again Bogle's start more than holds up when compared with:

So far, so good then but that's not to say that a good start means that goalscoring form will continue. Look at Neil Woods in 1990/91. After a relatively good start with seven goals in ten games, Woods finished with a total of 12 League goals despite playing 44 games.

Another player to hit the ground running but then to fall away as the season progressed was of course Bogle himself. Last season Bogez scored seven in his first ten games, only to finish the regular season with 13 League goals before winning the playoffs for us. That was not always down to form as much as it was team selection but it does mean that we shouldn't get too excited, just yet. 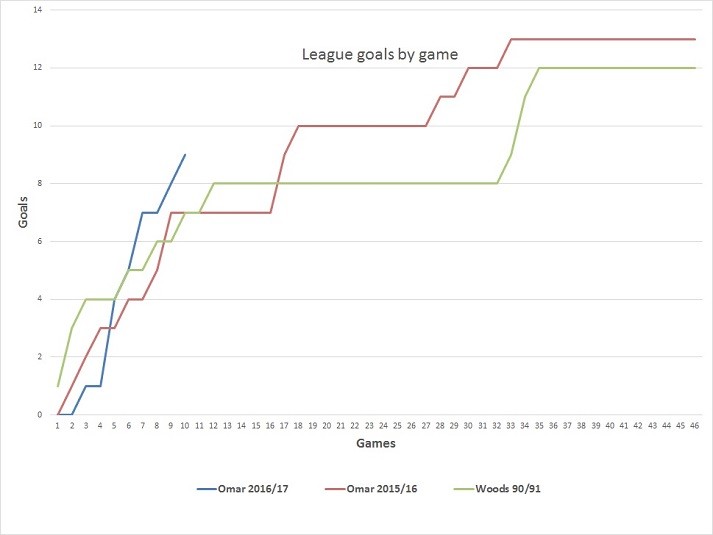 The more astute among you will have spotted that Liam Hearn doesn't show up on the second graph. That's because he didn't score in his first 10 League games. Yep, 27 League goals despite shooting blanks for the first two months. Want to know something else? His drought returned for the final 11 games of the season.

We'll come back to this but in the meantime, are there any strikers we should have included? Drop us a line. Be sure to specify which season too.

And no, we won't look at Barry Conlon's stats so don't bother asking.