The media pilloried him, but Graham Taylor – of Grimsby, Lincoln, Watford, Aston Villa and Woves, as well as England – was a successful football man. 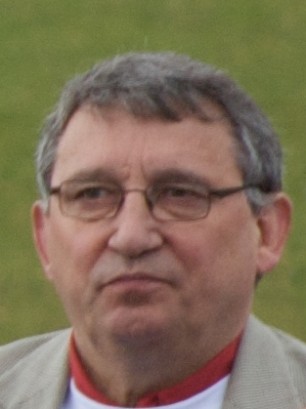 You would not have known it from the announcement at Blundell Park that introduced a minute's applause in his honour, but Graham Taylor not only used to play for Grimsby Town; he was our club captain. By all accounts he was a popular figure; when he departed in 1968 for Lincoln he was much missed.

There was a time some five seasons later when the Mariners might have had an opportunity to call back Graham Taylor, by then the youngest manager in the League at Sincil Bank. Instead, following the departure of Lawrie McMenemy, we went for the experienced Ron Ashman. Taylor, alongside his able assistant George Kerr, built a side at Lincoln which went to the brink of Division Two. Town headed in the opposite direction.

In 1977, Graham moved to Watford. He shaped an unfashionable club on the northern edge of London from fourth division obscurity to become the second best team in England. He did it in just five seasons. He took Watford to an FA Cup final when the final was still the biggest game of the season.

At a time when black players were ritually abused, Taylor developed Luther Blissett from Watford to Milan. He helped John Barnes to become arguably the best English player of his generation. Until his gaffe as a TV pundit, it was Ron Atkinson at West Brom who took most of the accolades for combating racism in football. Taylor though, as well as his successes with Blissett and Barnes, called out a racist England fan live on TV. The fact he then blamed the Sun and the Mirror for such attitudes no doubt fanned the tabloid disdain and his subsequent treatment as England manager.

It was his resurrection of Aston Villa into a football force that had won him the dubious honour of becoming England manager. As a true patriot who loved his country it was no doubt his proudest moment. That it ended in tears was merely a continuation of long-standing underachievement by the so-called elite players of English football.

His Watford side that cruised to the fourth division title beat Town at Blundell Park in the League Cup. The warmth of his reception was testament to the esteem he was held in by those who had seen him play

Taylor, in a BBC interview after his dismissal, said he'd acquired three new forenames: "Former England Manager". It is a travesty that man who achieved so much in his football career came to be defined by the media as a failure following a poor decision by an official, a quality free kick and the phrase "do I not like that".

After England, spells at Wolves and Villa either side of another successful spell at Watford concluded his managerial career. He became a respected and insightful pundit for Radio 5Live. He never shied away from drawing attention to weaknesses but he did it with a politeness and grace which belied an inner ruthlessness developed as a player and manager.

I never saw Taylor play for Town. He left at the end of the season before my first Blundell Park visit. He may have been part of visiting Lincoln sides but I had eyes only for the stripes of the black and white variety. But Grimsby enjoyed many duels with Taylor as a manager.

There was envy at the purposefulness of his Lincoln side, completing a double over Town in 1976-77 as they pushed for promotion, helping us on our way to relegation. Then his Watford side that cruised to the fourth division title beat Town at Blundell Park in the League Cup. The warmth of his reception was testament to the esteem he was held in by those who had seen him play.

In his second spell at Watford, two occasions stand out. In 1996, Taylor's return to Vicarage Road had just been announced. Watford were doomed to relegation but you wouldn't have known it, the excitement engulfing Town in a 6-3 defeat. Then two years later, the two teams ground out a 0-0 draw the week after our first Wembley appearance. It was a game of fierce competitiveness which ended with mutual exhaustion, and great respect – a reflection of Taylor's personality.

In Taylor's life, his achievements as a player and as a manager went so often unacknowledged. His treatment by the tabloid press, though not only the red tops, would have been all the more galling for his background. His father, a respected local sports journalist, was the regular Scunthorpe Telegraph reporter on the Iron's games.

A Scunthorpe fan to his core, Taylor grew up a stone's throw from the Old Show Ground. He went on to captain Grimsby Town and to become arguably Lincoln City's greatest manager. He liked to tell people he was the only player, manager or coach who was welcomed at all three Lincolnshire professional clubs.

It's a proud boast from a man who had a lot to be proud about.

Send us your own memories of Graham Taylor.