The year we touched the sky

In 1983, two astute signings and the emergence of a local youngster turned Town into contenders for promotion to the top flight. Lee Johnson saw it all. 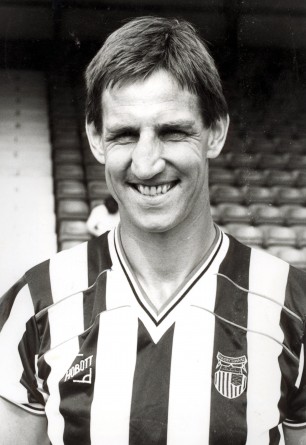 After a glorious first season back in Division Two in 1980-81, Town spent the next two years struggling against relegation. Ending the 1982-83 campaign with a 14-match winless run inspired little hope for improvement when Dave Booth's side kicked off again in August.

The signings of the experienced Chris Nicholl and the terrifyingly quick Paul Emson, along with the emergence of local youngster Paul Wilkinson, were to change all of that.

1983-84 was the first season when I watched Grimsby Town play in every league and cup fixture. I was 16 years old and very lucky: it was a remarkable year. I didn't set out to attend every game. The excitement of watching a new team gel all over the pitch just sort of made it happen. That alchemy made my efforts a pleasure.

There were signs of things to come in the early season performances. A home win over Leeds United and a narrow defeat at Maine Road against Manchester City stand out. But for me, the catalyst was the 5-0 demolition in October of Brighton & Hove Albion – a top-flight side and FA Cup finalist the previous year. That was Emmo's day: he ran them ragged.

Then I witnessed Town’s first away win of the season at the Baseball Ground against Derby County. It was the first time I had seen us win away. I'd been travelling semi-regularly for the last two years since my first away game at the Old Show Ground in 1977-78 – so I'm sure you can understand my excitement.

I was travelling on the supporters' club coach, which started its pick-ups on the steps of the old Ritz cinema, opposite Blundell Park on Grimsby Road (roughly where McDonald's is now). I financed my trips through a paper round, delivering bundles of the old Grimsby Gazette for payment of one penny per copy. The coach fare for away games in Yorkshire was around £3, while £12 could get you to the south coast and back. With every paper I delivered, I thought of the football to come.

Sixteen games unbeaten, ten of them wins, including away victories at Chelsea and Newcastle and a boxing day home win against Sheffield Wednesday in front of a crowd of 16,197

On a trip to Portsmouth on bonfire night 1983, a 0-4 defeat was compounded by a fog so thick on the way home that after a stop at the motorway services I couldn't find the coach again. That was to be Town's last league defeat until the reverse fixture against Pompey in March. Weirdly, Portsmouth also knocked Town out of the FA Cup at Fratton Park in January.

Town were now jousting for promotion to Division One with Chelsea, Sheffield Wednesday, Newcastle and Manchester City. Although TV money hadn't yet made the gap between smaller and larger clubs a chasm, it was still wide enough to make the Mariners' achievement notable. Apart from featuring on Match of the Day at home to City and away at Wednesday, I can remember watching Tony Ford's winner at Crystal Palace on the ITV news after arriving back home. The wider football world was taking notice. 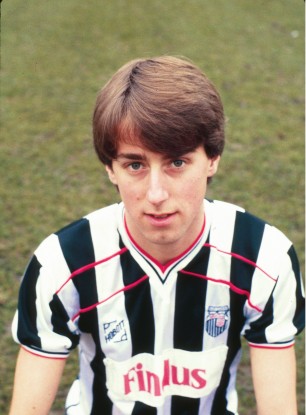 Consecutive away defeats at Leeds, Brighton and Sheffield Wednesday followed. They didn't end the dream of promotion, but they were a sign that it might turn out to be just a dream. Home form kept us just hanging on in the mix until relegation-threatened Oldham Athletic ended all hope in the penultimate game on 7 May.

That 2-1 defeat at Boundary Park was followed by only the second home defeat of the season as Chelsea won 1-0 in baking hot sunshine and a cauldron of noise as their fans celebrated winning the second division title with the win. Sheffield Wednesday and Newcastle were also promoted, with Manchester City and Town missing out.

I didn't feel too bad. Travelling had allowed me to appreciate the achievement of being in the mix with clubs the size of those. With a little luck, some great youth development, one or two astute signings and a more even financial playing field, Grimsby Town had shown what could be achieved.

The game has changed substantially since those days, but perhaps with three of those four prerequisites still attainable, something similar could happen again. I like to think that it could.

Thanks to Grimsby Town FC for the player photos. Send us your memories of that very good season.