I wasn't there: The day we hammered Huddersfield 2-2

In 1997, a Mariners performance left a young Rich Lord unable to tear himself away from the radio, then unable to listen to it 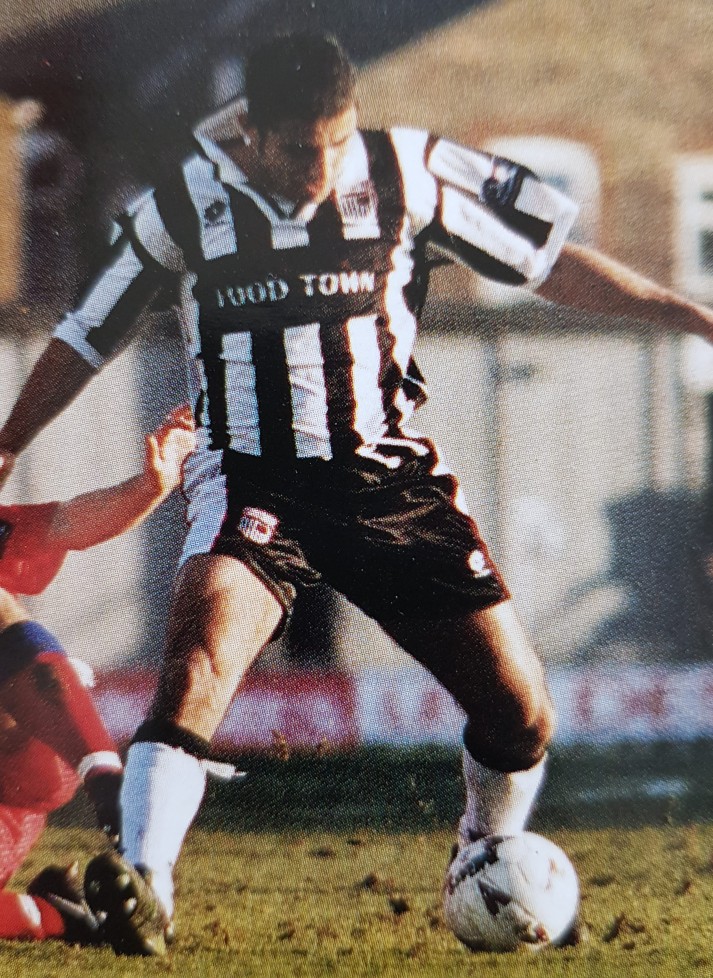 It was a crisp Saturday afternoon in February. Bright sunshine, a distinct chill in the air and not a breath of wind - perfect conditions for football, I thought, as I collected my plastic ball from the bottom of the garden.

This is an account of a Grimsby Town game that I didn't actually attend.

Living in a house on the corner of a street that led into a school had one huge benefit (please, no tasteless jokes here). When school was out - which, conveniently for me, was whenever I was at home - the little side street that separated us from our neighbours made the perfect area to play football.

I used to spend a large amount of time out there, kicking the ball against walls and treating its return as though someone had passed it to me. Kerbs that used to interject the natural path of the ball were talked about as defenders (I had commentary constantly running in my head) and little features of the street became markers of a typical football field.

If I was in line with our side gate, I was somewhere around the edge of the penalty area. Oh, how I used to try and perfect the outside-of-the-foot volley from this distance. It had to hit the inside of the post first, otherwise the goal didn't count.

The entrance to the school, with its magnificent gate, provided the perfect sized goal. And although a little chunky, the concrete pillars on which they were hinged worked well as posts. They were great markers to guide my peripheral vision.

Handily, there were spaces in the gate's design that allowed me to creep through whenever I took a wayward shot, so I could always retrieve my ball. Sometimes the ball would fly through the gap and, when that happened, the goal would be disallowed.

Occasionally, the ball would get wedged in the design. That was satisfying. It was like back in the day, when goal nets used to droop, and the ball would sometimes get trapped in the top corner.

If I was near the main road, I was in the centre circle. I once hit the crossbar from this distance, which gave me more pleasure than actually scoring a goal due, firstly, to the visual spectacle of the ball careering up into the stratosphere after it connected with the top edge of the gate and, secondly, the magnificent crashing sound it left swirling around the street that seemed to last for minutes.

Town had a home game against Huddersfield on this particular day. Although I'd been to a couple of matches that season, including a 4-2 home defeat to Sheffield United in what was a televised game, I wasn't able to attend this one.

One of the best features of our house - not that it would be included in any estate agent's write-up - was that you could see one of Blundell Park's floodlights between two houses across our road when you stepped out of our back door. And occasionally, when the wind was blowing in off the Humber, it would carry the noise of the crowd our way, weaving between the buildings.

It was Saturday 15 February 1997. Town were struggling towards the bottom of the second division as Kenny Swain attempted to steady the ship that Brian Laws left foundering.

Town had just recorded back-to-back victories for the first time in what was a difficult season. Those six points had brought us close to climbing out of the bottom three for the first time in months. The visitors, Huddersfield Town, had been trapped in mid-table almost all season and, even with plenty of games still left to play, they seemingly had little to play for.

We continued to slice Huddersfield apart, creating chance after chance after chance. It was rip-roaring stuff and had me glued to the wireless, which is what my grandparents used to call the radio. I don't hear it called that so much these days.

As was my habit back then, I'd listen to the pre-match build-up on Radio Humberside and then the first 10 minutes of the game before I'd head outside to play my own match in the side street.

Five minutes in and Tommy Widdrington slid in at the back post and scooped the ball high into the net to put us 1-0 up - or so John Tondeur described. It was the perfect start. For the rest of the half we continued to slice Huddersfield apart, creating chance after chance after chance. It was rip-roaring stuff and had me glued to the wireless, which is what my grandparents used to call the radio. I don't hear it called that so much these days.

John McDermott arrived late at the far post and saw his brilliant header turned round for a corner. It was that sort of match. We were all over them. I couldn't peel myself away from the radio for fear of missing a second Grimsby goal. The Mariners were in full flow and we could (and should) have been three or four goals to the good going into the final minutes of the half.

Then, in one of Huddersfield's rare forays forward, Marcus Stewart slotted in from close range to deliver a brutal punch to the solar plexus and, in one cruel second, undo all the hard work of the previous 45 minutes.

I went outside to kick a ball around during half time, only to return a few minutes late for the second half and be greeted by the barely believable news that Huddersfield now led. It seemed not just improbable but impossible. In a game that we had so totally and utterly dominated, here we were chasing the game, losing 2-1. How on earth had we let that happen?

I was young. I was fragile. I hadn't yet toughened up. My earliest Grimsby memories were of our back-to-back promotions in the early 1990s, so seeing us struggle like this was a new experience. It was too much. I didn't have the desire to go outside and play football any more. I walked away from the radio and went to play on the Amiga.

A few minutes later my dad stuck his head around the door to announce, rather excitedly, that "Leicester's equalised". I didn't really care what was happening in any of the other matches that afternoon. Anyway, none of us had any affinity with Leicester.

I was a bit confused by it all. Then it registered.

Jack Lester had scored for Town. Amazing! That was also the day when I learnt what a 'Desmond' was in football.

I have very little memory of what happened after our equaliser, other than the game finished 2-2. I was back outside, trying to recreate Lester's goal (having been told that it was a cracker). A bit of weaving and wriggling near the corner of the box, and then a shot that began well outside the far post before it drifted back in at the very last minute.

John Tondeur, in the Main Stand press box, had one of the best views in the ground. I've seen it back a few times on the end-of-season highlights video, and the view from the gantry doesn't do it justice.

Handily, just a few weeks later, Manchester United loanee Michael Appleton scored an almost identical goal in a 1-1 draw against Manchester City, and I was fortunate enough to be in the Main Stand that day, sat right behind the shot.

We began the afternoon third bottom, just one place behind Bradford City with a game in hand. The Bantams lost and, with a superior goal difference, Town's point would've hauled us out of the relegation zone had it not been for Southend scoring a late winner in their home match against play-off hopefuls Stoke.

Wayne Burnett was in the starting line-up for the Terriers that day. I couldn't possibly tell you how many hours I lost trying to recreate a certain goal he scored for us at the end of the following season.

Enjoy Tommy Widdrington and Jack Lester's goals against Huddersfield courtesy of @onthisGTFCday. The image of Jack Lester is reproduced from the programme after the Huddersfield game. Our thanks to Grimsby Town FC for allowing us to use it.