Andrew Fox has joined a club that has never lost a game, because it's only just been invented. Jan muses on his new club

So Andrew Fox has joined El Paso Locomotive FC of Texas in the second tier West Conference: invented in 2018 and playing their first match in March 2019.

It's a strange approach the Americans have to soccer: on the one hand, it's all slick focus groups, market research and business potential; and on the other a bit of make do and mend. That name El Paso Locomotive, beat other options: the Legartos, Estrellas, Stars, and Tejanos. I assume they had several badges and logos to choose from.

Did our Founding Fathers, who sat in the Welly Arms and pondered what to do now it was the cold and wet and no longer cricket season, go through a similar process?

"I know, let's play that new game where you have to kick an opponent when you can’t kick a ball, and you play it in mud, and, preferably when raining."

"Great! What do we call ourselves?, I’ve got Cod Head United, Silver Streak Haddocks or Pelham Panthers... Oh it's Grimsby Pelham then, and the strip is blue and white ‘cos the Earl of Yarborough is paying for it. Logo? No logo then, not been invented yet."

The El Paso Locos will be playing at the Southwest University Park, which is a Baseball ground, and the pitch is laid out with some corners on the gravel track. One hopes that the pitcher's mound is in the centre circle, which will be OK for Fox as he had similar "mountains" to climb in Blundell Park's penalty areas.

The derby match will be against the nearest team - New Mexico United - in Albuquerque, which is nearly 270 miles, or a Yeovil, away. Could be worse: a new year's day 12 o’clock kick-off at Tacoma Defiance, Washington State, kind of just past Moscow. And we moan about Exeter. 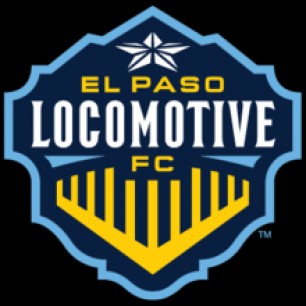 Now the problem with marketing people: they sometimes miss the "bleeding obvious". Cue Katy Perry’s "Racist" shoes. They obviously didn’t set out to upset anyone, just start a new line. However in all their excitement, nobody stood back and thought, "hmm, its a bit near the mark". You might think I’m digressing, but just read on.

El Paso is a town on the Mexico-US border. I assume the local latino population will form a good proportion of the fans of the Locos. Southwest Uni Park is a stone's throw from the Rio Grande border, or rather, the fence (Mr Trump calls it "the wall"). Look again at the logo: it looks familiar eh? How long before a campaign starts to change the badge? If El Paso was near Canada, this piece would not be written. However I bet you can see the fence from the top tier seats while “El Locos” are playing at home.

I have this naughty but delicious scene going through my head: Escape to Victory in reverse. For the inaugural match, 2,000 shirts and 2,000 tickets are sold, but only 500 fans turn up. During the 2nd half, the people smugglers break out of the pre-dug tunnel from Mexico into the showers, and slowly 1,500 "fans" take their seats clutching tickets, sporting Loco shirts and wearing Make USA Great Again hats. The turnstiles say 500 in but 2,000 out. Everyone scratches their heads. Top tickets cost $33 (£25): a bit steep for half a game and a job cleaning pools in "The land of the free."

El Paso Locomotive FC feels like a team that in two years time, will just be a mention in Wikipedia. But again, what do I know? I mean whatever happened to Grimsby Pelham?