Champions: part two of a story based on true events

In part one of Champions, we read how Frank Sage, the Mate of the Kingston Warrior saved Billy Pratt of the Pride of Lincolnshire from a beating in Reykjavic, and how the Town crowds assembled for the Mariners' big game at Anlaby Road. Now read on.

Anlaby Road is crammed with 20,000 fans, mingling amber and black and black and white. Stands are full, the weather gloriously fine, a bright sun streaming down.

They search through flimsy programmes, looking for the team. 'Rocket' Read in goal; Kelly and Hughie Jacobson, full backs; who else but 'Ginger' Hall, Betmead and Buck, in mid-field, their fiftieth straight match together; Dyson and Jennings the wingers; Charlie 'Swerver' Craven, brilliant inside-forward; skipper Bestall. Then a pause… The rumour is true: no Pat Glover.

"Policeman. Used to play for Humber United. He won't let us down."

City run out first but there's twice as much noise for the Mariners. White shirts; black shorts. Change kit: Tigers in stripes.

Bestall wins the toss. City to face the sun in the first half. Clever.

Craven foot up. Free kick. Save from 'The Rocket'.

Bestall wins the ball. Up to Jennings. Cross. All the way across the six-yard box.

Dyson tricks Woodhead. Tries to play it to Bestall but Speed clears.

Fast, end to end. Breathless. Eight minutes. Jennings to Craven who's run to the wing. First time pass into the path of unmarked Ponting. Side–foots it past Maddison. 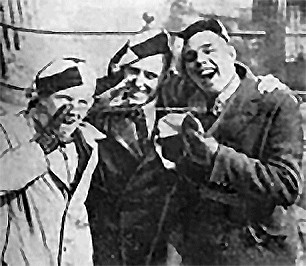 The match passes in a noisy, blurry dream. Crammed into those small stands it's sometimes difficult to see. Boys on shoulders. Thousands pressed tight against barriers and fences. Billy Pratt feeling sore.

Craven flashes the ball over the top of the goal. Good work from Bullock beating Hall and Kelly.

So far so good. But pinned back. Deep in their own half. Read solid as a rock as three Tigers jump in.

"It's not Rugby League tha knows!"

No sign of a second goal. Ponting hooks it over the top.

"Division One, next year boys, you're knocking at the door."

Cheers at half-time. More goals in the second half?

And Billy Pratt walks round to get behind the Hull goal. He thinks he sees Frank, his saviour, half a dozen times in the crush. The shape of the jaw, an arm held up, a way of walking but the "Hello, Frank" remains on his lips.

What should they do? All out for a second goal? Defend?

And defend it has to be. Tense, heavy and sustained pressure from the Tigers. Half-backs and inside-forwards ordered to back really deep, often in the penalty area. Only Ponting and the two wingers up front.

Some muttering about the tactics. "Let's see."

Betmead heads away. Jacobson heads away. Betmead off the line for a corner. Balls kicked high into the stand by Kelly and Hall.

'Rocket' dives full length to save a fierce drive from McNaughton. The minutes tick away, slowly. Hughie Jacobson, cool.

"Mariners Are We!…Mariners are We!"

Even the old Abbey Park chimes - "Hello...Hello... Hello…Hello." Anything to relieve the tension.

The final whistle. Massive cheers of relief all round.

"Packed defence the right tactics after all."

Handshakes from the Hull fans. "Good luck next season!"

That's it. The championship. Champions. How wonderful that word sounds.

The black and white tide slowly ebbs. The Brocklesby is waiting, steam up.
But young Billy Pratt stays in Hull for the evening: the Black Boy; the Star and Garter; the White Heart.

"Another season in Division Two."

"We'll never get to the first division."

It is night when Billy Pratt boards the brightly lit Killingholme. More cheering and shouting as she pulls away from Corporation Pier for the last time that day. And then, through the window of the Minerva bar, Billy sees the smiling face of Frank Sage, beer glass in hand, offering a final, respectful salute.

The ferry zig-zags its way back south. Lights flicker down river. When she grounds on tiresome shifting sand, her engines whine and paddles stall.

"Plain sailing, hey Frank?" Billy laughs. Then his imagination quickens, sore ribs and stinging cuts forgotten. Years of success ahead? Blundell Park bursting at the seams. League Champions? FA Cup Finals? Betmead for England? 'Swerver' is only 25, Pat Glover's even younger. And 'Our Jack' will play for ever.

Warrant Officer Bill Pratt reflects on what he has witnessed this afternoon at Highbury Stadium. His beloved Grimsby Town's defeat in this last game of the season had been expected, perhaps, but not to the extent of champions Arsenal's 8-0 rout of the Division One wooden-spoonists. The Gunners had been gracious to their guests, Captain Joe Mercer wishing the doomed Mariners well, confident that Grimsby's return to the First Division would not be too long coming, while he held the Football League Championship trophy.

Relegation had been a fact since the defeat at Middlesborough four games before, but supporters had, like Bill today, coped with the disappointment by remembering the best times of their recent spell in football's top flight; finishing fifth in that first season, two FA Cup semi-finals; England caps for Bestall, Betmead and Tweedy; and the regular visits of Britain's finest to Blundell Park: Alex James, Dennis Compton, Stan Cullis; Huddersfield, Stoke City, the Wolves. How wonderful it had all been. But all of that had faded with the coming of war. 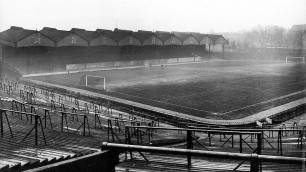 With the players long gone from the scene, and a few last straggling supporters' voices echoing around the stadium, Bill leans on the pitch-side fence, his face wet from tears and the spring shower that began as the game closed. Not for the first time today, he is thinking of Skipper Frank Sage RNR, whose name he had successfully sought on the Tower Hill Memorial that morning. Frank had gone down with the S.T. Amber and Black, sunk by enemy aircraft off Norway in 1940. They had served together on the minesweepers for a while before Bill had signed up for the Royal Navy to spend the rest of his war in the Mediterranean.

He had remembered, with affection, those dark nights spent on the North Sea, sipping hot coffee on the bridge. More than once, Bill had acknowledged how right Frank had been about storms over the horizon; and both agreed that neither expected another world war to be one of them. He hears Frank's voice again now, reminding him how he may have saved his life one night. And he sees, once more, Frank's patient smile, listening to his crowing about the Mariners feats in the top flight. And he thinks again of Frank's advice to enjoy the sunshine; and that man's hopes about his own Hull City’s future. "And Iceland might beat England!" Bill hears himself mocking, once again.

Whatever the future holds for Hull City, Bill is thinking now, poor Frank Sage will never see it. Or maybe he did. In his dreams. And he wonders how long his own Mighty Mariners' might have to wait for their next turn in the top league.
Leaving the stadium, entering the terraced streets of North London, Bill hears, from somewhere nearby, the echoing chant of a solitary Gooner: "Ar-sen-aaal! Cham-pi-ooons! Ar-sen-aaal! Cham-pi-ooons!"

"See how long that lasts" he mutters to himself as he goes to rejoin his ship at Tilbury.