The man from the magazine said I was on my way

What's all this fuss about the floodlights? The sole function of a floodlight is to illuminate the field of play when the level of natural light becomes insufficient. Just as the sole function of a stadium is to accommodate the people who want to watch, and their cars. It doesn't matter where it is or what it looks or feels like. Let's build a new ground exactly like Glanford Park.

Similarly, the sole function of the football team that plays there is to score goals and win games. That John Cockerill goal against Huddersfield in 1990 that everyone goes on about can fuck off. It only counts as one goal, the same as any other goal. I for one have never bothered to apply wallpaper or paint to the walls of my house, as the sole function of a dwelling is to provide shelter and storage. The only music should be hold music. Now it must be lunchtime. Where are my protein pills? At the end of the day, and the middle of the day for that matter, eating is a results business like any other.

Hello. Yes, since you ask, your original/regular Diary is unapologetic about the outlandish and fanciful belief that it's generally good if things look nice. But perhaps that's just me being all la-di-da, what with that posh upbringing I had from my lollipop lady mum and fish filleter dad. In fact I'm going to stick my neck out a little further today and issue a non-specific, all-purpose WTAF to the world in general, given the apparent need for an official denial that Argentina is about to join UEFA and the fact that VAR still exists. Still, who's casting the first stone?

Me: the trend towards hero-worship of individual players, sometimes in precedence over the traditional support of teams, is a worrying development in modern football

Also me: omg Megan Rapinoe is an absolute warrior and an inspiration, I would literally fight and die for her

Alright then, buggerlugs, what's going on at BP below pylon level? Well, first up, Town have signed a 16-year-old called Evan Khouri straight out of the West Ham academy. It's worth remembering that, while Town's youth set-up has brought through some players right from under-11 level and below, some of its most successful work has involved players left on the plate at various points by clubs higher up the food chain. I'm not saying Khouri is going to be the new Ryan Bennett or anything – he's a midfielder, for one thing, so duh – but, y'know, keep an eye out.

Town have had less success, at least so far, in their pursuit of Dundalk full-back Cameron Dummigan, with weekend reports of a bid being turned down. A 23-year-old with 85 appearances for Oldham to his name, not to mention a big hatful of under-21 caps for Northern Ireland, the player is said to be a target for several other English clubs, most of whom would presumably be capable of flashing greater wherewithal than our penurious Mariners. If anything comes out of this, it'll be because Dummigan is another one who played under Michael Jolley in the Burnley youth team earlier this decade.

Tonight a GTFC team voyages down to that strange other Lincolnshire which we Grimbarians and Meggies don't have much to do with – the southern portion of the county; or Kesteven and Holland, if you want to reach the Parts that unitary authorities don't reach. Call me, um, what you like, but I think it would be a little marvellous for fans who travel down there from the grimy northern portion of Lincs to carry this handsome proposed flag to represent Lindsey. 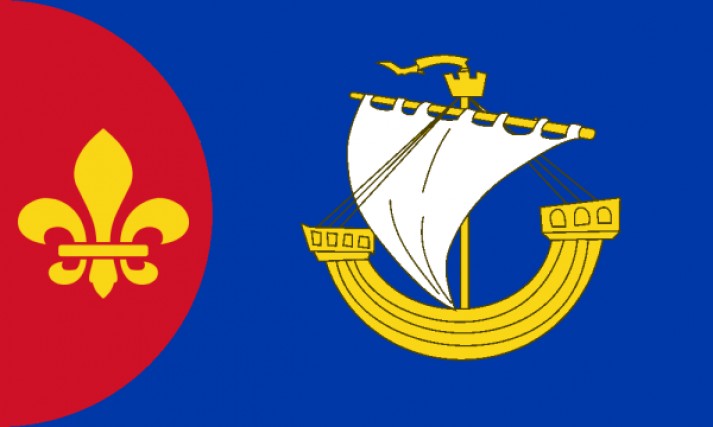 For their part, the Gingerbreads (say, um, what you like about south Lincs but their football club nicknames are next level) are looking forward to renewing acquaintances with Harry Clifton, having played a significant role in his development by giving him nearly 50 games on loan in 2016-17. It's only a fiver in, which is the most a pre-season friendly should ever cost, and you can quote my all-purpose WTAF at anything north of a tenner.

For Town's part, expect a second run-out for Alex Penny and Jack Senior, the two defenders who played on trial in the weekend's moderately successful friendly 'at' Cleethorpes. Those excellent people at the Grimsby Telegraph have done the Googling so you don't have to. Am I imagining things or is a sort of Jolley template starting to take shape for some of these potential acquisitions? I dunno. Ah, it'll all be alright in the end, eh? Thanks for reading and see you next time.