In our monthly feature, Rich Lord applies fantasy football scoring to the performances of Town players in October.

Owing to the postponement of the Cheltenham match, the Mariners played just four competitive fixtures in October. You may need to be reminded of that, because they were all easily forgettable.

The month began badly, with a home defeat to Mansfield, and it didn't get much better, really. A defeat to winless Stevenage was followed up with a home hammering at the hands of Orient, and Town signed off a barren October — in which they scored just once — with the sort of anaemic performance that teams tend to put in when they're desperately searching for some confidence. Cambridge were the victims of our goalless ambition.

So what is the Grim Reality now? 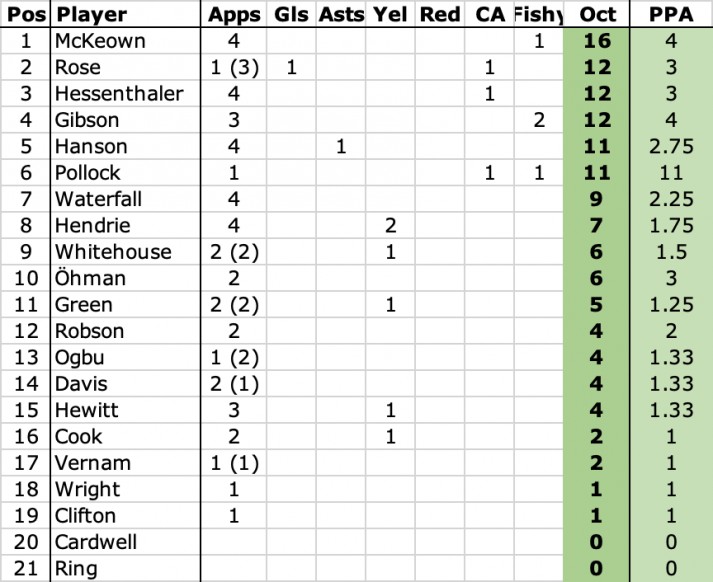 There were just 125 points scored across the entire squad in October — compare that to the 262 achieved in September and 330 in August (see the August report for an explanation of the scoring system).

McKeown’s penalty save at the Abbey Stadium had a big say in the month's table because those five precious points put him top of the pile. In truth, there wasn't much to beat.

As the scorer of October's only goal, Rose ties second place with Hessenthaler and Gibson. The Newcastle loanee top-scored twice on The Fishy's player ratings system and, as the only player to claim an assist this month, Hanson ties fifth place with Pollock — who only played one game.

To underline how abysmal the month has been, McKeown’s top-scoring 16 points would only have been enough to finish 8th in September's standings and 12th in August’s. 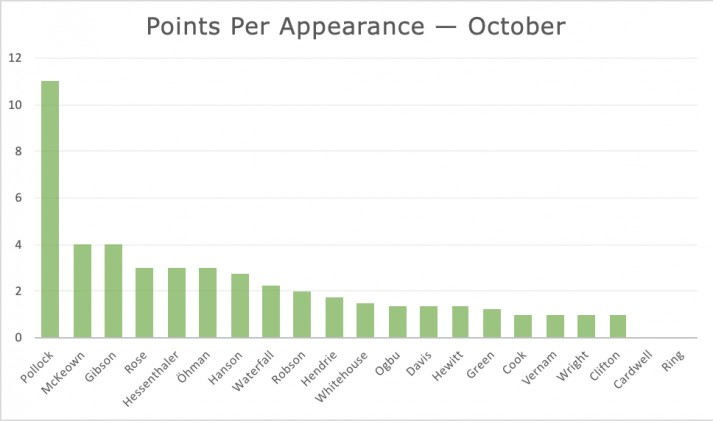 When it comes to making an actual, tangible difference on the field of play, Pollock is this month’s standout performer. One game, one clean sheet — and man of the match in the eyes of both Cod Almighty and The Fishy. McKeown and Gibson averaged four points per appearance, which is good going, but beyond that, well, you can see for yourself.

It really would sum up our October if Pollock, who played that one solitary match, won our Player of the Month award. But given his penalty save and extra points, the accolade goes to McKeown. 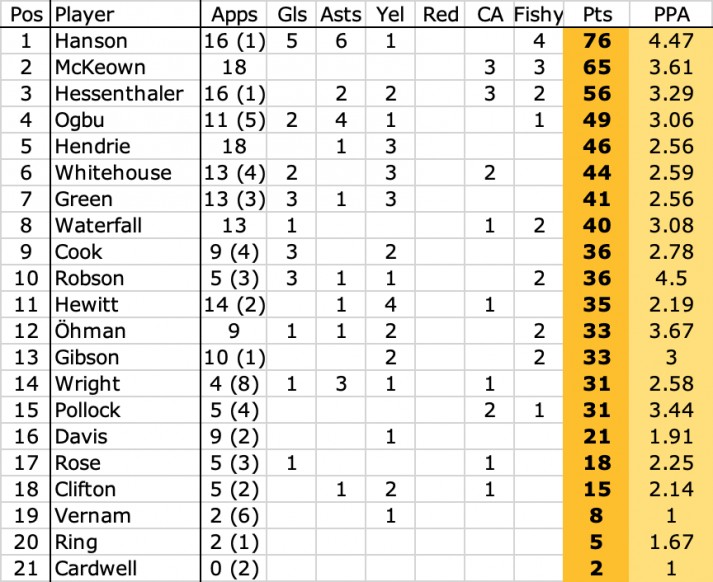 With such low scores in October, there is no change to the bigger picture — which is that Hanson still leads the way. McKeown has closed the gap to just 11 points and Hessenthaler, arguably the season’s most consistent performer, is comfortably in third.

As the only outfield player to have started every game, Hendrie makes it into the top five, while Gibson continues to edge himself up the order. The likes of Whitehouse and Green have dropped away. 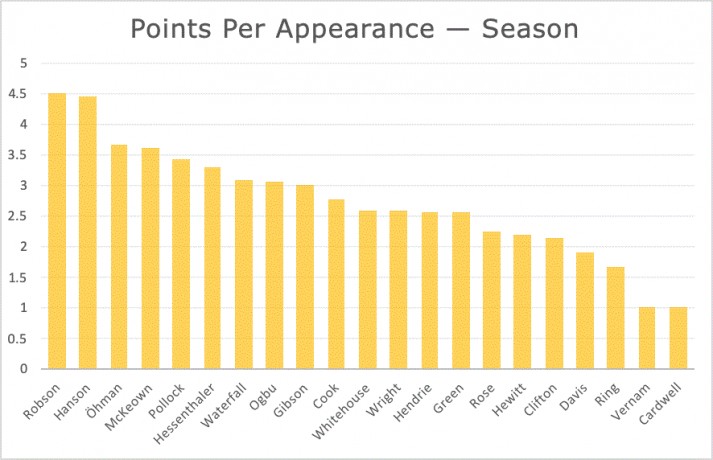 However, it’s looking an entirely different picture when we look at points per appearances. Robson leads the way with a score of 4.5, with Hanson just behind on 4.47. There’s an argument to say that we miss Öhman when he doesn’t play, as he’s averaging 3.67 points per appearance. And once again, there’s Pollock with 3.44 in fifth, proving that when he plays, he makes a difference.

With just one assist in 16 appearances, Hewitt is the lowest scorer of the regular first-teamers, while Davis is really struggling down in 18th, averaging 1.91.

The Mariners had another four games scheduled for November before Saturday's postponement. For our own sanity and sense of enjoyment it would be amazing if we could start finding the back of the net again, and save this season from becoming another of middling mediocrity.

Does the Grim Reality make any players seem better than they are? Does it fail to reflect the positive efforts of others enough? Let us know your thoughts.