Part four of Paul's kits series and we're on to those difficult Avec and GTS years...... 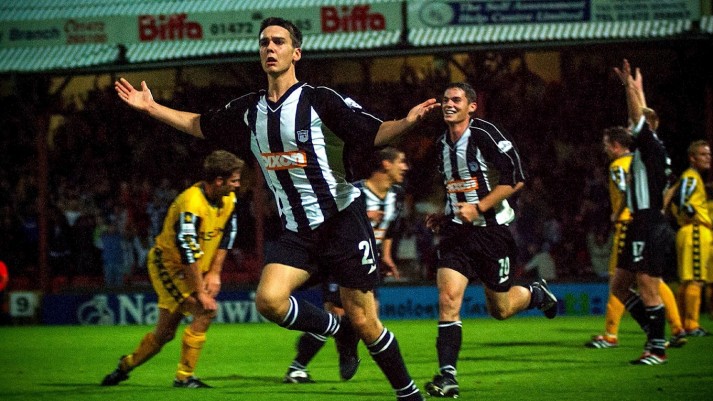 Alan Buckley’s return in 1997 saw something that hadn’t happened since his second season in his first spell: the club started a new season with exactly the same kit that ended the last. 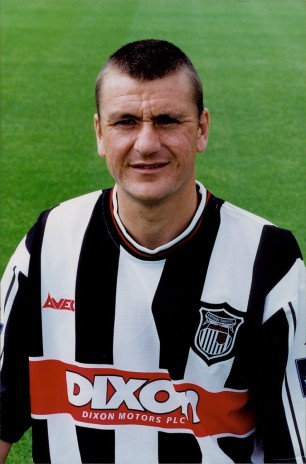 That Lotto strip tore the third tier apart as the regeneration of the club continued apace. Town wore the shirt at Anfield and Elland Road that season and more pertinently at Turf Moor (with red socks) as a first Wembley appearance was secured.

If there has been criticism of the club not taking advantage of the Football League return four years ago, they were not sluggish once the Twin Towers were in sight. A brand new kit supplier and sponsor was quickly unveiled and would be worn in that historical match in April 1998.

Made by Avec, the shirt followed other manufacturers in the 90s by creating a 'retro' feel, with a round collar and shielded badge. The stripes were thicker and there was a red band across the middle of the shirt (indeed, in Avec's five kits with Town, four had such bands). On that band was the logo of Dixon Motors, a car dealership located in Hull. Quite what the link was, I’m not sure, although with the Tigers languishing in the fourth division, Town were probably a better proposition.

The long black shorts had white and red piping on each side, with the first black socks for ten years having a white and red band on the turnover and a white ‘A’ logo on the shin.The shirt itself was also unique in that it was made of a fabric that had tiny holes in it, a bit like the England Airtex ones from hot World Cups, and had "A" logos at the top of each arm. Also on the back of the shirt, at the bottom was a red "The Mariners" adding to its unique feel. 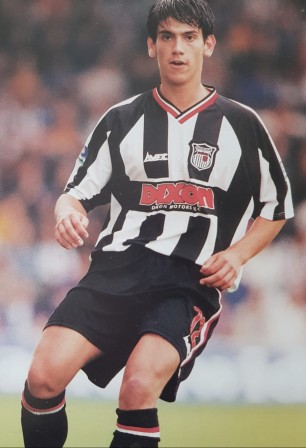 Of course, a second Wembley win was just six weeks away and that Avec strip graced the second division with an eleventh-placed finish in front of an average BP crowd of 6681.

Avec's second strip saw in the millennium and is probably the smartest of their five. Less baggy than its predecessor, the home strip had a smart black and red V-crossed collar, the first since the Scoreline days. The stripes were narrower, with the Avec logo and crested badge being very close together on the black stripes.

There was a black horizontal band this year, with the Dixon logo in red with a white outline, and "Dixon Motors Limited" being in white. The stripes stopped at the armpit, where they were joined by flowing black and white stripes down the shoulders and arms.

On the left arm, towards the shoulder was a small "2000 THE MARINERS" logo, a little like the one from Back to the Future. At the bottom of the striped back was a black capitalised "THE MARINERS" on a white oval. 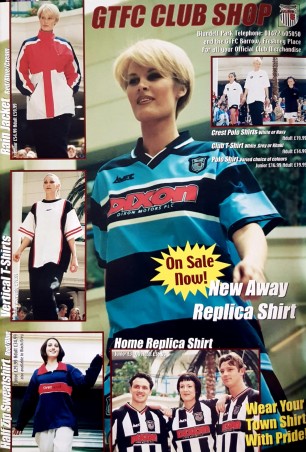 Also on these shirts, like the one before, was an "authentic" label on the bottom right of the front of the shirt, not that you saw many knock-offs of Town kits on the Sunday Market.

The shorts had two less stripes on each side and the white and red bands on the turnover of the black socks were now adjacent.

I have two abiding memories of the 2000/01 shirt, once more manufactured by Avec. One: it was launched with a full catwalk in Freshney Place where Costa is now; and two: that it was the first town striped shirt not to have full stripes on the back of the shirt.

The season before was the first that Town had names and numbers on the back, and these were in red. So to eschew commentators being unable to make out the back of the shirts, Avec had a black band across the neck for the name in white, with a red line underneath. There was then a black box for the white number. 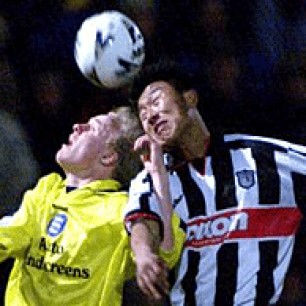 The red band was back with a white Dixon logo and the shirt had a proper black collar, with red piping, surrounding a small black v. The black shorts had a small red piping around the leg openings, with plain black socks adorned with a white A logo. Although better visually, it meant the shirts only really looked decent if they had a name and number on them, something that fans buying replicas had to contend with.

This kit was worn by the Enhuas and Nielsens and coincided with the ITV Digital collapse. This wasn't the only financial issue, with Avec reportedly going bust in the Christmas of 2000. This led to Lincoln changing suppliers mid-season, and the other three Avec teams jumping ship. The Town vice-chairman at the time is understood to have bought the Avec logo and Town effectively wore a home-made kit for the next three seasons. 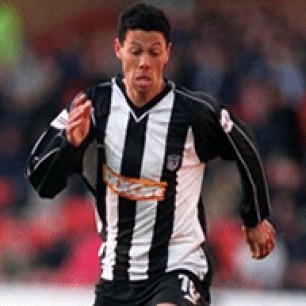 The first in-house effort was extremely plain - fully black back, a black V neck collar with white piping, black sleeves with white tramlines and a very small Town badge, still surrounded by the shield. It seemed as if Town had got a job lot of these as they adorned every kit for the next six seasons.

There was no band this year - a small Dixon logo (white on orange background) - and the shorts were plain black, with two white bands around the shin of the blacks socks. This was the first Town kit for almost 40 years not to have any red whatsoever in it. It was bland and ugly.

Town's next foray into making their own kit saw the biggest departure from actual Town colours since the chocolate and black quarters of the early 1900s. In a move obviously based around the corporate colours of the sponsor, Town had an orange v-necked collar, orange band for the white Dixon and another black back, although there was more white on the sleeves and shoulders. 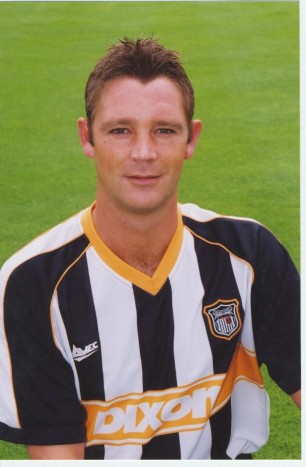 The shorts had orange piping, as did the socks in what was a travesty of a kit that was fit for the relegation it adorned.

2003-04 saw Town's only official own-brand kit, made by the sartorial kings at GT Sports. It was a curious effort, with almost too much going on, as if designed using word art and no concept of how it would look on the pitch.

The kit debuted in the last game of the previous season and the name of phantom sponsors Jarvis, a company asociated with the railways but with no money, in a maroon circle.

An accountant at engineering company Jarvis who set up a £250,000 sponsorship deal with the football club he supported was exposed as a convicted fraudster.
Stephen Venney, 49, went missing on 1 May - the day he was due to take part in a news conference announcing the shirt sponsorship deal with Grimsby Town. Jarvis has admitted that Mr Venney set up the three-year deal despite being "only at middle management level". Although Tony Richardson heralded it as a "First Division" deal, the money (spent on the likes of Marcel Cas no doubt) was not forthcoming. 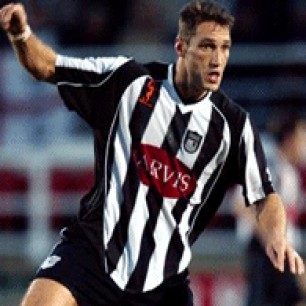 The three stripes on the front next to a white and black V neck were OK, but the orange GTS logo sat on a black stripe whilst the aforementioned badge sat on a white stripe, giving no symmetry to the front of the shirt.

The stripes sat in a sort of oval, with the rest of the shirt black around the collar and neck, in order to house the name in red. There was then another oval - in white on the back of the shirt that displayed the red number. It was horrific.

Having got their fingers burned and having another relegation looming, Town announced a new kit supplier - a global name that wasn't quite the real deal.