Look back in hope

Grimsby Town have survived financial crises before. Gordon Wilson describes how Alderman Barrett led the Mariners out of debt and into a golden age

In the Grimsby Telegraph in late June, Nigel Lowther reflected wisely on the threat of the COVID-19 crisis to Grimsby Town Football Club’s security. He was right to insist that government and footballing authorities need to carefully consider the plight of lower leagues football clubs. And he was absolutely right in identifying the hope that already exists for survival and growth. Justification for that hope is clear in the history of our great club. The biological crisis may be unprecedented but the financial one is not. Grimsby Town have been here before. 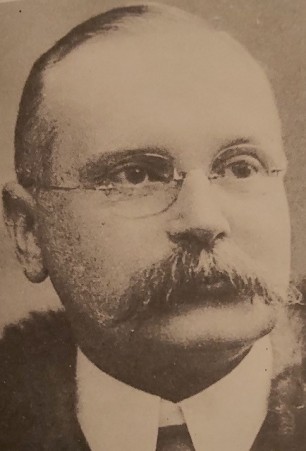 Almost a century ago, GTFC benefitted from the stewardship of a local financial wizard, and from an inspirational manager who bought wisely and reared special home-grown talent. Enthusiastically supported by a loyal following, the club emerged from grave financial jeopardy into what still remains the club's golden age.

In July 1925, the directors of Grimsby Town Football Club approached the Mayor of Grimsby, Alderman Frank Barrett, for his help in resolving the club's financial difficulties. The club's liabilities amounted to £3,500 (just over £200,000 in today's money). Barrett responded by calling a public meeting to explore ways of raising funds. Through a letter to the press, he explained the serious plight of the club and launched a campaign to appeal for financial support.

In that letter he outlined the readiness of the directors to accept a streamlining of management, the co-opting of willing investors from the local business community, and to heed the wishes of supporters in return for their financial support. At the meeting, Alderman Barrett pledged £100 (£5,750), as did Mr Hewitt, the brewer, and the Grimsby News pledged £50.

Grimsby's great and good, and a generous public, responded with enthusiasm. There followed a variety of fund raising schemes which included a cycling championship event, that drew more than 3,000 spectators to Blundell Park. Hosted by the Queen’s Cycle Club, competitors and followers came from as far afield as Scunthorpe, Hull, and Leicester.

Mayor Barrett was a proven champion of the borough's finances, and respected across the political divide. His driving force was to go beyond a temporary solution to a financial problem. There is a connection between his financial management and Grimsby Town's golden age

Greater financial stewardship and improved performances on the pitch turned around the fortunes of the club. Grimsby Town's profile was significantly raised in the community and the footballing world. The fund raising campaign brought in £1,000 (£57,500) and manager Wilf Gillow led the Mariners to the 1925-26 Third Division (North) championship before average home gates in the region of 8,000. The season saw all liabilities cleared and a profit for the club of £2,278 (£133,200) leaving a balance of £1, 9 shillings and 2 pence.

Mayor Barrett was a proven champion of the borough's finances, and respected across the political divide. It had been a wise move by the directors to seek his help. His driving force was to go beyond a temporary solution to a financial problem. Journalists of the day, and historians since, have acknowledged the connection between his financial management and Grimsby Town's revival and subsequent golden age.

He went on to become president of the club, gifting £1,000 to aid the purchase of Blundell Park by the club, loaning the rest of the cost over a 20-year period. He oversaw vast improvements to the ground such as the construction of wooden terraces in the Cleethorpes corners, the expansion of the Main Stand and the replacement of a stand that had been brought from the old Abbey Stadium in 1891. That new stand would bear his name until its demolition in 1981 to make way for the Findus Stand.

And so it continued. Sound and wise investment was followed by the Mariners' establishment as a top-flight club, its highest ever position in the Football League, and two valiant F.A. Cup semi-final defeats.

At the 1935 AGM, Club President Barrett explained how the club had made a small profit, wiping out a deficit while also rejecting transfer bids of £7,000 and £8,000 (over £500,000) for young players during the club's most successful year. He also announced plans to roof one end of the ground for the one shilling spectators. 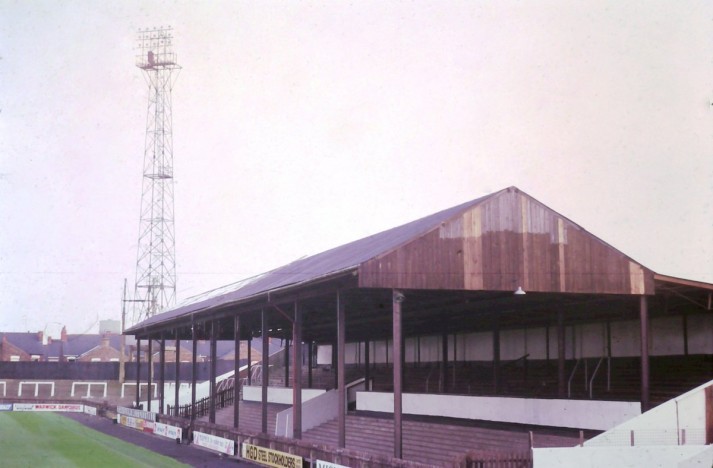 The stand named for Alderman Frank Barrett - the Barrett stand, built in 1926 and demolished to make way for the Findus stand in 1981

But nothing lasts. Top flight football proved expensive and losses were made. Frank Barrett died in 1941 and Grimsby Town's time in the sun came to an end in 1949.

Other financial crises came and went and still the club survives. The only constants are the supporters and the shirt. Whatever the consequence of this current crisis, there will be a need for Grimsby Town Football Club, and supporters ready to follow. In the 1960s, the club went, unsuccessfully, cap in hand to the council; supporters chipped in for Joe Waters in 1976, Ivano Bonetti in 1995 and raised £100,000 for Operation Promotion in 2015.

Today, club chair Philip Day is calm, rational and optimistic. An enthusiastic and inspirational manager is in place, in the dug-out and the boardroom. Loyal players, some home-grown, are waiting in the wings for a new season to begin. Interested, wealthy, proven and imaginative, locally-connected persons with exciting ideas are ready to invest in the future of our club. The Mariners' Trust works tirelessly behind the scenes and Town supporters have their hands in their pockets doing their bit again.

The future is uncertain, but the past offers hope.