Matt Tees: the second coming of the king

His Mam, and thousands more, were beside themselves with joy when they learnt Matt Tees was coming home. As Baz recalls, he did not disappoint 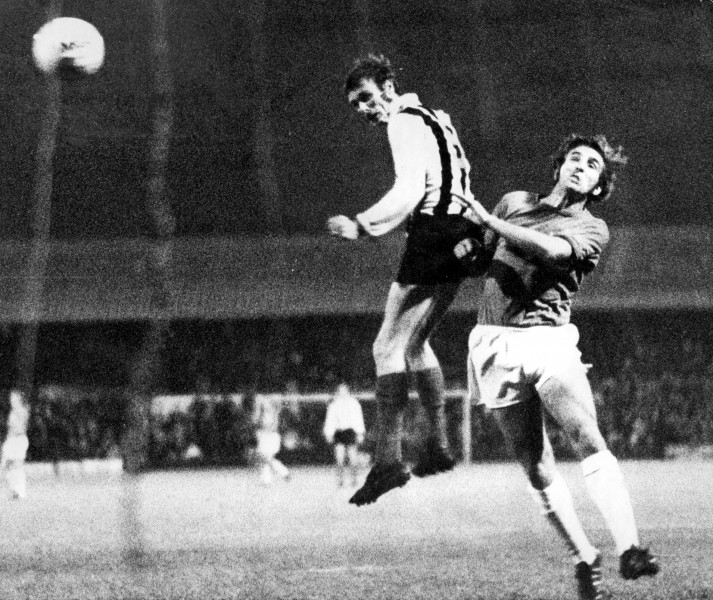 On Wednesday 4 November just after lunch I received a text from my brother. Matt Tees had died. It brought an immediate sense of loss, a sense of loss which was shared all across North East Lincolnshire and beyond, and by some not nearly old enough to have seen the great man play. It was felt not only at Town, but at Charlton and Luton whose shirts he'd also graced.

Matt Tees was and will always be my number one football hero. I can't describe how just thinking about him, his on-pitch heroics and his goals can make me smile in even the bleakest of times, some 50 years after I first heard his name.

I can recall how excited my Mam was all those years ago when the Telegraph first broke the story that Matt was returning "home". When the headline boards confirmed the news a few days later both her and my future brother-in-law were beside themselves with joy. As it turned out the whole town shared their emotions.

The gate for the second coming of the King of Blundell Park was 3,250 up from the previous game at 7,742. I was awestruck at how tight we were packed in our usual spot just above and to the left of the Pontoon goal. Over the last three seasons, I had grown used to having plenty of space around us.

Matt didn't disappoint. He scored the opener in a 2-0 demolition of League newcomers Cambridge United. It was the first of 42 goals in 83 appearances over the next 18 months which would cement his status as a legend status for generations to come. They added to the 51 in his 113-game first spell which had led to my Mam's excitement.

What I recall is the power in the header, the timing of both the connection with the ball and the graceful leap to meet it. The picture of that goal is a timeless and fitting if bitter-sweet testimony to his greatness

I could wax lyrical about many of his goals: the TV-featured volley away at Brentford which the man himself always thought his best ever; or the opener on a memorable night against Exeter, which secured the Division Four title a season and a half after his arrival. To me though there is only one goal to remember him by. One goal and picture that perfectly encapsulates the very essence of Matt Tees the goalscorer.

It came in his hat-trick during the 4-1 battering of bitter rivals on Scunthorpe during the opening day of the 1971-72 season. I can't remember the other two goals or what order they came in. What I recall is the power in the header, the timing of both the connection with the ball and the graceful leap to meet it. The picture of that goal will always be a timeless and fitting if - given the illness which befell him - bitter-sweet testimony to his greatness.

Matt was not just a goal-scorer. He was selfless, often creating for his partner-in- crime Stuart Brace with his flicks and runs to drag defenders away. He played with a smile, a man who appreciated how lucky he was to be doing a job he loved, a job that he knew the thousands singing his name would dearly have loved to have the talent to do.

He would play to the crowds rammed into the Pontoon. He once won a penalty by falling like a stone when the Northampton keeper faked to push the ball in his face; a Vaudeville slapstick artiste would have been proud. He wasn't cheating - we were 3-0 up - he was just entertaining. He didn't appeal and was as amazed and amused as anyone when the ref pointed to the spot. I'm not sure the Cobblers' keeper shared his and the Pontoon's mirth.

Sadly, his second stay at Town was short-lived. By the end of the 1972-73 season, he was injured, out of favour, and on his way to Boston United. It seems that the only person who didn't enjoy his king-like status was Lawrie McMenemy, who had made it clear from the outset there was only room for him in the spotlight.

Matt played for another season at Boston, making 32 appearances and scoring 14 times. He helped them to a Northern Premier League title as well as holding League champions Derby County to an FA Cup 3rd round draw on their own Baseball ground pitch before he ended his professional career.

Then he worked as a lorry and fork-lift truck driver, and turned out with his sons in local league football. He spent his time playing golf and quizzing, happily talking to the many fans who wished to recall his halcyon days, until Alzheimer's took its toll.

There have been many tributes to Matt from teammates, fans and reporters: each has recorded his talent, his warmth and his kindness, and each has been richly deserved. In the late 1980s when the fanzine Sing When We're Fishing launched, the home I shared at the time was renamed Matt Tees Mansions to serve as its correspondence address. It was no disservice to the many fine players who had played for Town in the 15 years since Matt had retired that it was him we remembered. I may resurrect the name for my current home: it was a fitting tribute to a legend.

As the song goes, "Born is the king of Blundell Park."