Richard Dawson is an old Grimsby fan from Caistor, now residing in the Fens.
He likes football, cooking, gardening and fantasising. Hates hairdressers. 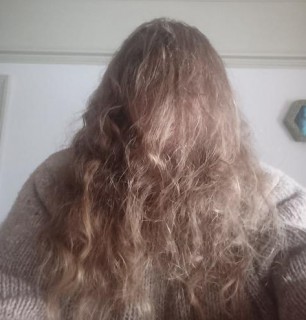 It runs in the family – it is local folklore that my Grandad and his mate travelled across the Pennines by motorbike and sidecar to watch a cup semi-final. It took over five hours and must have seemed a very long way home.

Where was your first seat/standing position and where do you like to sit now?
As a lad I hitched lifts with Caistor Mariners so I stood in the Main Stand or the Barrett open corner wherever they went. I was in the Main stand when we beat Exeter 3-0 and also the night we showed West Ham that Matt Tees was better in the air than Bobby Moore.

I boycotted BP in 2011 before it was fashionable to hate Fenty. Cut my own nose off. And now he is gone and I am a bit of a wreck and so is my 26-year old pickup so I listen and watch twitter at the same time.

When did you first write anything about Town?
I think Peter Anderson unearthed a letter from me to SWWF the other year which predates the rest. It was very boring. It also said I was from Loughborough when I was living near Leicester. Maybe I was on the run at the time, I just can’t remember.

How did you get involved with CA?
I got to know the founders via the Topica email list in the nineties. It was a vibrant mix of people from all over with a common interest in Town. I offered to do the Friday diary so the original diarist could go to the pub or summat. And then I wrote some rough guides and a piece about the Boston shenanigans in solidarity.

Which Cod Almighty feature would you like to see return?
I like Mat Hare’s betting stuff. Also the job applications he wrote whenever the manager’s job came vacant.

Have you ever played football with, or against, any Town player?
The nearest I got was Mickey Wilbur who guested, like me, in the notorious but ill-fated Castra Nova team one Saturday. He sadly he never made the Town first team. Although he is on a squad photo as a young pro.

Have you ever exchanged words with Alan Buckley – or even with a lesser manager?
I asked Mike Newell if he would don the Newell T shirt we had just presented him with. His reply was terse, “no fucking chance”.

Which Town player(s) have you found yourself near and where?
As a lad Dave Worthington taught me to cross a ball. As a young man I watched Brian Hill play as a consummate sweeper for Caistor Rovers. He must have been in his late forties but you would never have guessed. I also saw Gary Childs at the Widows Ball in the Winter Gardens but the less said about that the better. Kevin Kilmore used to play pool in our local every Sunday for a year or two (sound of barrel being scraped).

Where’s the oddest place you’ve bumped into a fellow Town fan?
Anderby Creek one deep winter rainy day, I came upon Cider Dave a Town fan from Brigg. Neither of us understood why we were there.

Favourite Tony Butcherisms from the million words of woe
I used to sit with him at one time in the Pontoon and thus "Foul throw!" We had some fun with the Space Cadet too.

Have you got any Cod Almighty T-shirts?
As the purveyor of CA T-shirts, in charge of procurement and order fulfilment (i.e. do not blame me for the designs except the Buckley one) I have a full set and a small stock which are on eBay at bargain prices. My biggest achievement was selling 330 Franchise T-shirts in two weeks with half the money going to the Trust and half to Wimbledon. That is a lot of packing and posting but the standing ovation Wimbledon gave me and Pete Green was so worth it. Have you ever had a standing ovation should have been a question!

Who is the best player you've seen playing in a Town match?
For Town, possibly Martin Pringle at Forest. He just glided, a picture of elegance. And it was so cruel to see him chopped down like that on the Tuesday. What might have been.

Otherwise, Ruud Gullit came on after half time at Chelsea. We had done OK but Gullit was amazing. Never ran more than ten yards in any direction but dominated the match and we never had the ball after he came on.

What or who did you get wrong?
I found it hard to believe in Michael Boulding. See also 'jogging' Danny Butterfield and notorious heterosexual Peter Bore (except at Boston that day).

Which former player do you loathe and why?
Peter Fucking Beagrie. Why? That penalty he gave away under our noses in the Pontoon. You could see it coming a mile off.

Did you ever call Clubcall? If so, where from?
I actually did and failed to replace the receiver properly and got a massive shock when the phone bill arrived.

When we find ourselves in times of trouble do you have you a secret second team that you turn to?
For reasons too complicated to go into here I used to look out for Brechin’s results. But I have cured myself of that these last few years.

Steve Meek, infamously, once helped John Shelton Fenty erect a gazebo. Have you got a John Fenty moment?
Him walking across the pitch at Barnet with a much younger woman in tow. The very thought of him just makes me shudder so I have always given Mr Fenty a very wide berth.

Have you ever walked around Chapman’s Pond?
I am a joskin from Caistor so the bottomless pond only exists in my imagination. Never meet your heroes and never go egging at the back o’Doigs.

What has been the high point of watching Town?
Beating Exeter 3-0 in 1972 was very special. To hear the whole 22,000 odd singing Champions! Total goose bumps, even now just remembering.

Who has had the most fantastical hair you've seen at a Town game?
Possibly mine (see above).