Bill Brewster is a DJ, music writer and Grimsby Town supporter who follows his team over land and sea (ok, mainly land).

Why are you a Town fan?
As punishment for misdeeds in a former life. Plus my dad was a Town fan. 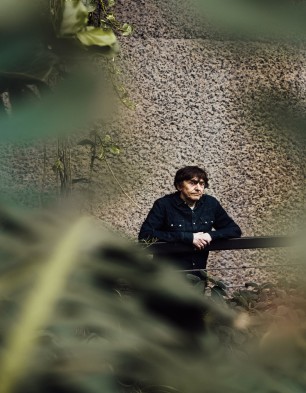 Where was your first seat/standing position and where do you like to sit now?
My dad used to know a turnstile operator in the Barratts and used to lift me over it and I'd sit on one of the wooden stanchions around the halfway line, surrounded by swear words and tobacco smoke. It was great.

Nowadays, I usually either sit in the Upper Whateveritscalled or in my mate's executive box (yes, I know: wanker).

New ground or redevelopment of Blundell Park?
New ground. BP has never been the same since the demise of the Barratts. The atmosphere was so much better with four enclosed stands.

When did you first write anything about Town?
In 1987, I started working at When Saturday Comes and the first published piece I wrote, in 1988, was an appreciation of Matt Tees. I started SWWF in the summer of 1988, with some friends, and wrote a lot of the first number of issues, though it's all a bit hazy now.

How did you get involved with CA?
I'm not sure. Am I involved?! I used to write things about Grimsby Town many years ago, maybe it was that.

Are you bothered which division Town are in?
Not really. I want to be entertained and see a bit of effort. Some of the games last season were among the most enjoyable I can remember and we were in non-League.

What's your favourite Town kit?
1971-72. It was the first kit I ever saw on sale. Bought mine from Norris The Rubberman. Everything about that season was amazing, including the kit.

Have you ever played football with, or against, any Town player?
I went to school with Kev Drinkell so yes. I also later played in the same team as Joe Fascione, ex-Chelsea, in the London Catering League (he was a ringer for the Berkeley Hotel).

Which player do you love and why?
My love for Matt Tees is irrefutable and eternal. Football has only made me cry twice, once when I saw that documentary on dementia featuring Sir Matt and when he died. No one comes even close.

Who is the best player you've seen playing in a Town match?
In 1971-72, we played Crewe Alexandra and lost 2-3 at home and Stan Bowles singlehandedly pasted us. One of the great solo performances I can remember.

Which Town manager have you found yourself near and where?
When I was 12, I once got a lift back to Grimsby in Lawrie McMenemy's Jag after a pre-season friendly at Brigg. My 'uncle' (family friend) was Grimsby's official doctor and he got called out during the match and asked if Big Mac could give me a lift home.

Have you ever exchanged words with Alan Buckley?
I've sat next to him twice, via my friendship with John Tondeur, but I am generally so in awe of Alan, I am unable to communicate through words and prefer to grunt agreement.

Six degrees of separation: friends and family connections giving you an 'in'…or not
Shaun Mawer's dad was my mum's cousin. Tenuous, I know, but I'm having it. Also related to the Bloomer dynasty via marriage.

Where's the oddest place you've bumped into a fellow Town fan?
At a party in Harlem in New York. He recognised me from a documentary that I'd recently appeared in and started talking to me. That was pretty weird.

Have you ever walked around Chapman’s Pond?
I was an angler as a teenager, so I've fished in Chapman's Pond. So I suspect I may well have walked around it.

Have you infected anyone with the Town? How are they today?
I've lived all my adult life as an exile, so over the years I've dragged many mates and partners to games. I'm not sure I've converted anyone, but me and my mate Steve can always be relied upon to press-gang numerous innocent bystanders anytime we have a big game (there were 16 of us there at the London Stadium).

My son, Ferdy, has never lived in Grimsby, but despite all his mates supporting "proper" teams and obviously taking the piss out of him, he still comes to games with me and proudly wears his Town top.

Have you ever watched Town from the wrong end? How did you survive?
I couldn't get a ticket for the Burton Albion away game in May 2010, so I went in the home end. We lost 3-0 and got relegated to the National League. That was just about the least amount of fun you can have on your own at a football match.

Where have you been the most miserable when following Town?
For me, the nadir was a Tuesday night game away at Ebbsfleet in which we took the lead after 30 seconds and lost 3-1. That one seemed to hurt more than the others.

If you could turn back time?
If I could turn back time, it would be to be to May 3rd, 1980, the day we beat Sheffield United 4-0 to clinch the Third Division title. I'd followed us all over that season, despite living in London, but I'd been contracted to move to Geneva to work in a hotel there, about six days before the game so I missed our final moment of glory. Still hurts.