Welcome to Cod Almighty's Grimmo Dictionary, a far from exhaustive lexicon of Grimbarian slang and dialect. Should you wish to contest or add to these definitions – and let's face it, these things do tend to be controversial – please use the Cod Almighty feedback page. Ta.

distinctive pronunciation of the gas generally referred to outside the walls of Ladysmith Road's moribund Birds Eye factory as ammonia; eg. They sent us home early cos there was an armonia leak!

uncharitable term for Wednesday nights at Cleethorpes Winter Gardens, when local tradition was once for sexually underutilised young men to relieve their frustrations with women of scandalous seniority

work done for cash in hand by dishonestly using boss's tools and materials; eg. Me mate works for NTL - he'll fit you a digibox as a barrer job! 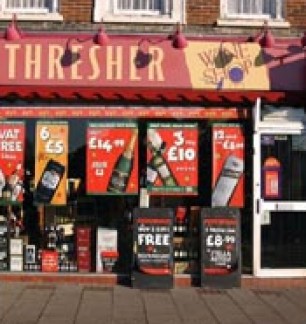 I know where that beer's off

benny on, get a

term of endearment for a friend or family member; eg. We off up town tonight, Blue?

little-known sporting arena located off the Grimsby Road - "behind McDonalds", as the flyer for a sale of electronic consumer goods held there in 1995 deemed it necessary to explain

a poo; eg. I fell ovver the hoover in the middle of last night when I got up for a bob!

vomit, esp. at the back of a coach on a school trip; retch dryly without vomiting

transitive verb: fail without warning to fulfil a social engagement; eg. We was supposed to be playing togger down the Ploggers but me mates bombed us out!

deeply mysterious, not to say worrying, term of simultaneous endearment and abuse used by Grimsby parents addressing young children; eg. Now then, buggerlugs! Eat all that lovely fish or you'll get a clip round the lughole!

chimney. Extensive research has now established that it isn't just my mum who says this

distinctively Grimbarian abbreviation for Coronation Street, which is truncated by the rest of the Anglophone world to "Corrie" 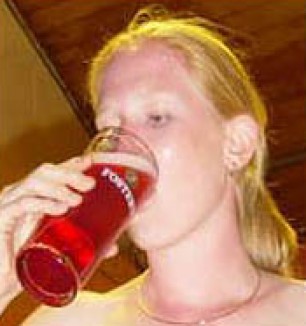 Sooner you than me, luv

verb form described by linguists as "the Grimbarian double performative"; most famous occurrence in GTFC 1997-98 season highlights video: McDermott won't keep that in... oh! He does do!

The Dolphin, extinct pub on a corner near Cleethorpes marketplace; now 'Reflex', an 80s theme bar

egging at back o' Doigs

largely archaic term signifying an act of futility but used for purposes of evasion after speaker is interrogated as to their intentions or destination; eg. Where was yer last night? responded to by Egging at back o' Doigs! (cf. on Eastenders, when somebody asks: "Where ya gah-in' nah?" and the other person always replies: "Ahhht!") Egging was the act of collecting eggs from birds' nests (in the days when this was both legal and not considered morally dubious), while Doigs was a Grimsby shipyard, the surrounding area of which was bereft of wildlife; hence the futility of egging at the back of Doigs

obscure team sport watched by inhabitants of other towns 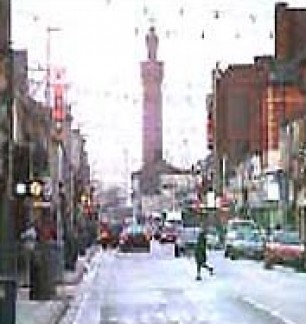 Off up Freemo this afto

Freeman Street, trading thoroughfare that links Grimsby docks with the town centre and has mirrored the commercial decline of the fisheries accordingly. In its heyday, returning trawlermen would drink their entire wages between Riby Square and Hainton Square before getting home. Home of Freemo market, where products ranging from lamb fillets to slug pellets can be procured at competitive prices and variable quality

give me; give us 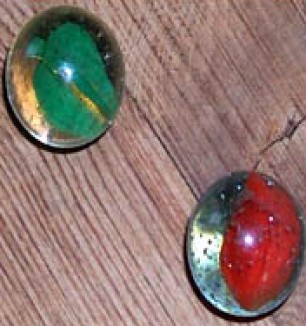 These are glag alleys. That is their name.

a look; eg. Giz a godge at yer glag alley!

gooseberries. I've just heard Ross Burden use this word on Ready Steady Cook and no way is he from Grimmo, but it's a nice one so I think we'll keep it in anyway

Grimsby. Current research suggests that the term emerged in the mid-1990s as a humorous tribute to the townspeople's fondness for abbreviating words by taking the first syllable and adding the letter O (see Freemo, immo, Boato, etc)

Gulliver's, smallest nightclub in the world and on Tuesday nights Grimsby's enduring sole concession to 'alternative' music. Raised area of seating opposite DJ booth, on the right as you go in, is known as Goth Corner, which is kind of self-explanatory

guts for garters, have your

immature; used in early teens to denounce behaviour of peer and confer spurious sense of adulthood on speaker; eg. You're dead immo, you are, Greenie!

sherbet; not a homophone of Marillion song, is pronounced to rhyme with KY; origins unknown

ear. For minor misdemeanours deemed not to justify having their guts for garters, wayward children may be issued with a clip round the lughole 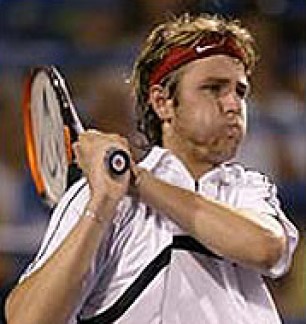 ill-humoured; irritable; arsey. By no means confined to North East Lincolnshire in its geographical reach, the term has nonetheless been given an amusingly Grimmo twist by the recent emergence of US tennis star Mardy Fish

Cleethorpes; originates from Meg's Island, an obsolete term for the area around Isaac's Hill

mell you in; mell your head in

inflict violence upon you

monk on, have a

be mardy. The disaffected Grimbarian may alternatively elect to have a cob or a benny on, presumably in the same place the monk is worn

Nunsthorpe, housing estate of ill repute in the south-west of Grimsby. Drugs, joyriding, all that caper. Many Grimbarians insist that the Nunny is no worse than some other areas but just gets all the bad press when the Grimsby Telegraph runs one of its 'Crime: Let's Misrepresent It' campaigns 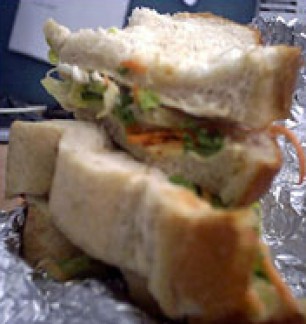 Key component of packing up

transitive verb: to (illegally) take a passenger on one's pushbike in such a configuration that they occupy the saddle and hold onto one's hips for balance while one pedals and steers from a standing position; eg. I pagged him all the way from the Nunny! Also noun: the ride given in this manner; eg. Pags are dead immo!

pallet, esp. when working in a factory that uses them

alternative term for the Freshney Place shopping centre; predates its construction and hence not used by Grimbarians aged under 35

erroneously believe oneself to be hard; attempt to propagate such a belief. Also reckoner: one who reckons, eg. He's not hard - he's just a reckoner! I cobbed his packing up box ovver a wall and he started bealing!

appear smartly dressed and groomed, eg. You look a right bobby dazzler! Off up the Bags' Ball, are yer?

rose; roseeeey; rose on the nose (and not on the toes)

Scartho, well-to-do suburb in the extreme south of Grimsby. Alternative 'posh' pronunciation SCAW-thoe is used exclusively to take the piss

your strident and hectoring tone is becoming reminiscent of my mother's! 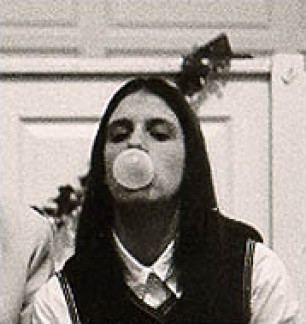 If you swallow it, it will kill you

stickleback, esp. when seeking to catch them from Chapman's Pond or the Boating Lake using a flimsy net purchased cheaply on the seafront. Male stickleback that have acquired high colour during the mating season are known by some as red doctors. Well, probably just by me and the lad I used to go fishing with when we were kids, actually

negates preceding assertion as per Wayne's World-style not; used by schoolchildren in 1980s for purposes of mockery and ridicule; eg. Nice pair of trainers, Greenie... stuh!

football as played in a park or recreation ground

area in Grimsby town centre, boundaries of which remain the subject of furious debate among Grimbarians. I always thought it was the bit around the Bull Ring but am bound to get 50 scrillion emails arguing otherwise. Home of Top Town Market, an alternative to Freemo market that also sells used Mills & Boon novels and pieces of foam rubber

former route of Grimsby-Louth railway, widely used (albeit probably illegally) as a convenient pedestrian shortcut and secluded area for illicit drinking and drug use, between December 1980, when the line was closed, and the mid-1990s, when the traino was obliterated by the Peaks Parkway section of the A16, opened to traffic in October 1998 (but it doesn't look much like a park to me, unless it's one with cars instead of trees)

past tense and past participle of treat; eg. I went round me Nan's and she tret us to some spoggy!

Yorkshire city situated opposite Grimsby on the estuary of the Umber; see also Yorkie

river upon whose estuary Grimsby is situated; often mistakenly called the sea 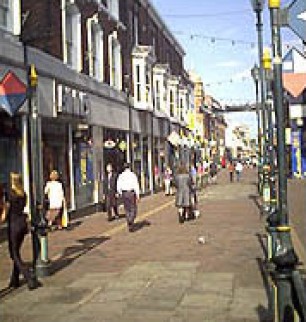 Up town, top town or down town

used as first-person singular as well as plural; eg. I went round me Nan's and she tret us to some spoggy!

yourself; eg. You off ovver to Ull by yersen?

indefinite but lengthy period of time; eg. I haven't been to Wonderland for yonks! Again, not exclusive to Grimmo, but I like it